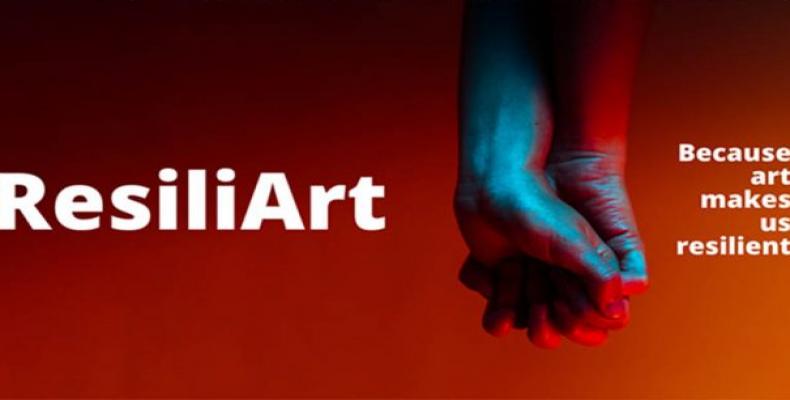 The first Caribbean UNESCO ResiliArt-Transcultural debate was held May 21 on occasion of World Day for Cultural Diversity for Dialogue and Development, sponsored by UNESCO Havana and Kingston Offices.

The aim was to capture the voices of resilience from artists and cultural professionals from the region in the context of the impact of COVID-19. The virtual session took place in English, from 2 pm- 4 pm (Havana time).

ResiliArt is a global movement consisting of a series of virtual debates with key industry professionals and artists – both renowned and unknown – that raises awareness of the far-reaching impact of the current confinement measures on the culture sector.

It aims to support the Member States in the development of policies and financial mechanisms that can help creative individuals and communities overcome the current crisis.

The first ResiliArt debate was launched by UNESCO in partnership with the International Confederation of Societies of Authors and Composers (CISAC) on April 15 last, World Art Day. Since then more than 25 debates have taken place worldwide.

The inaugural debate in the Caribbean was moderated by the Director of the UNESCO Regional Office for Culture in Latin America and the Caribbean, Katherine Muller-Marin.

Prominent panelists answered tailored questions while engaging in a dialogue with the audience. The list included renowned musicians from Haiti, Dominican Republic, Jamaica, Barbados, Saint Lucia, Guyana and two Cubans: Yosvany Terry, a saxophonist, chekere virtuoso, and a senior Lecturer in the Department of Music at Harvard University and Eme Alfonso, one of the leading voices of the music scene in Cuba.

In 2001, UNESCO adopted the Universal Declaration on Cultural Diversity. In December 2002, the UN General Assembly declared May 21 to be the World Day for Cultural Diversity for Dialogue and Development, and in 2015, the Second Committee of the UN General Assembly unanimously adopted the resolution on Culture and Sustainable Development, affirming culture’s contribution to the three dimensions of sustainable development, acknowledging further the natural and cultural diversity of the world, and recognizing that cultures and civilizations can contribute to, and are crucial enablers of, sustainable development.

The day provides us with an opportunity to deepen our understanding of the values of cultural diversity and to advance the goals of the UNESCO Convention on the Protection and Promotion of the Diversity of Cultural Expressions adopted on October 20, 2005.