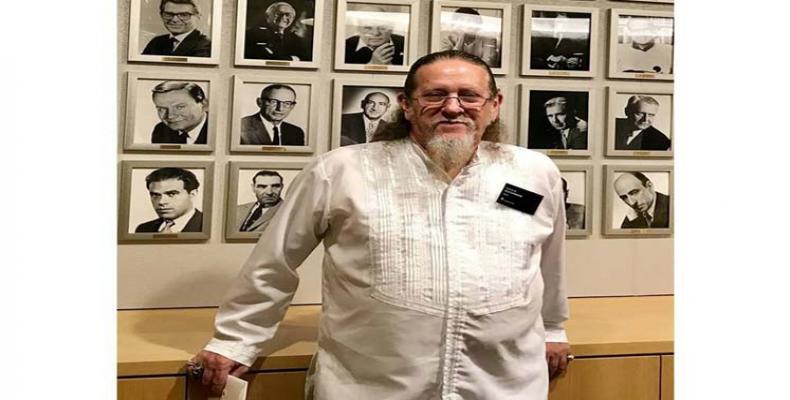 For this latest tune, Edesio had the collaboration of his son, Cristian Alejandro, who sings the song along with Esequiel Villa, also a singer and co-author of ‘Ser Padre’ with Oscander Rodríguez. Michel Pro was in charge of mixing and mastering the new tune, which is now available of Spotify.

Edesio, also a composer and pianist, was in charge of the voices, piano and keyboard arrangements to, in his own words ‘focus the attention of the public on the lyrics of the song.’

About the music video for the new tune, Cristian Alejandro stated on social media that due to the Covid-19 pandemic, the music video was shot in a studio. Directed by video maker Lixuán Licea, it will be released Saturday on national television and on YouTube on Sunday –Father’s Day.

Just this week, Edesio Alejandro, also a filmmaker, grabbed four awards at the Florence Film Awards in Italy and two more at Festigious International Film Festival, in the United States, with the film Mambo Man, which he co-directed with British-Iranian filmmaker Mo Fini.