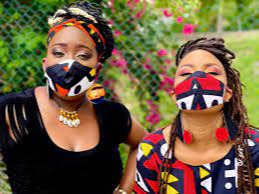 Respétame is a protest song against gender violence, as well as an ode to women’s emancipation and empowerment.

Cuban hip-hop duo La Reyna y La Real are known for breaking barriers. They use their music to dissect and dismantle gender stereotypes. The duo has worked tirelessly to build a following and make it onto the airwaves as female rappers with a full band behind them. They’ve won a number of national and international awards for their genre-bending music.

Aside from making music, these female rappers are strong advocates for cultural exchange between the United States and Cuba.