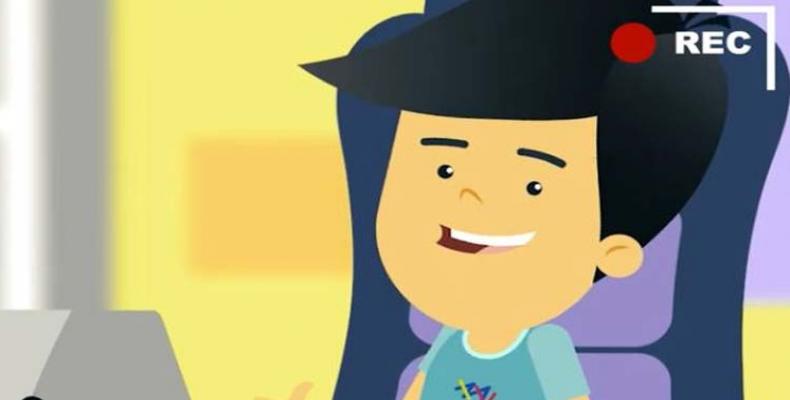 Havana, August 11 (RHC)-- The audiovisual ‘Tito Reacciona’ will inaugurate its first short film competition in the framework of the 10th International Film Festival for Children and Youth ‘Ojo de Pescado,’ to be held in Valparaíso, Chile, from August 28th through September 5th.

In 2D format, the 10-part cartoon series was created in 2019 by the president of the Latin Music Institute Daniel Martín. Its main character is Tito, a young, nice boy, who spreads knowledge and positive messages to Latin American children and young adolescents. The cartoon series aims to pay homage to renowned exponents of regional cultures, highlighting Latin America’s vast cultural heritage.

Likewise, Daniel Martín conceived a series of TV spots, featuring the cartoon character, to spread useful advice, as well as positive, optimist messages amidst the global fight against the Covid-19 pandemic.

The Ojo de Pescado Film Festival in Chile invites filmmakers from around the world to participate in the film contest, with works that reflect on the protection of the rights of children and adolescents, particularly amidst the current pandemic.

So far, the organizing committee has received entries by filmmakers from Finland, Austria, India, Argentina, Germany, Venezuela and Colombia.

The 10th International Film Festival for Children and Youth ‘Ojo de Pescado will be a virtual event, owing to the complex epidemiological situation generated by Covid-19.

Activities in the framework of the prestigious film festival will be streamed on the audiovisual content management and distribution platform Mediastream.