Musicians push for bringing in a Cuban medical brigade to the US. 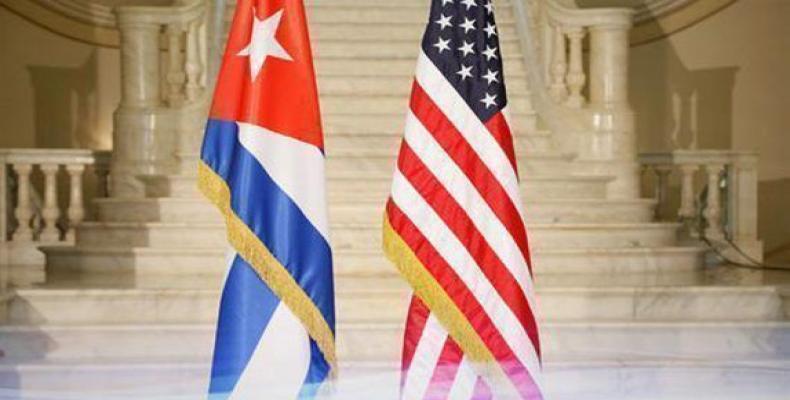 Havana, July 8 (RHC) - Renowned US singer-songwriter Eric Roberson has used his talent to support a campaign to bring in the Cuban Henry Reeve medical brigade to the United States, amidst efforts to stop the spread of COVID-19.

In the months since reports of the first national COVID-19 case emerged in the country, Roberson continued making music, not for his financial well-being, but to lift the spirits of people in confinement  due to the public health emergency. Roberson is among a group of singers and musicians from the African diaspora who performed during an online benefit concert the weekend of July 25 as part of the "Get Out of Cuba’s Way!" campaign, launched earlier this year at the height of the coronavirus pandemic. The two-day virtual event counted as the third stage of a highly organized attempt to shed light on the work of Cuba's Henry Reeve International Medical Brigade in fighting COVID-19 in various countries, particularly those with whom the nation has ties.

In April, campaign organizers demanded in a two-page letter that the U.S. government allow contingents of the 7,400-member volunteer brigade the opportunity to help national hospitals and clinics, train workers and collaborate with the American Medical Association, the National Medical Association and Black Nurses Association, and authorize the use of Interferon Alpha 2B, a treatment developed by the Cuban Genetic Engineering and Biotechnology Center that has been considered effective against COVID -19.

In the US, the deadly virus nearly claimed the life of Ignacio “Nachito” Herrera, a Cuban-born jazz pianist who would later become an advocate for tightening security measures and a key supporter of “Get Out of Cuba’s Way! ” campaign.

"Thanks to the Cuban ambassador José Ramón Cabañas in DC, my wife / manager Aurora was able to contact Dr. Tania Crombet, a specialist in epidemiology in Cuba," Herrera, a resident of the United States for two decades, told The Informer in his account of a long battle during which he experienced organ failure and temporarily lost the movement of his hands. In the months leading up to his July 25 performance on the online benefit concert, Herrera continued to promote collaboration between the United States and Cuba as a key reason for what he described as a miraculous recovery.

"Dr. Crombet and other doctors in Cuba worked with Dr. Melisa Brunsvold from the Extracorporeal Membrane Oxygenation program in Minnesota to take care of my lungs and replace them with fresh oxygen," he said. "Among the entire team of cardiologists and doctors from Cuba, I was able to revive

Cuba's Henry Reeve International Medical Brigade, a brainchild of the late Fidel Castro which was later named after a soldier in Cuba's independence war against Spain, has assisted more than 60 foreign countries on medical missions, including when U.S. officials have attempted to curb such collaborations with claims that the Cuban government exploits its doctors. When the coronavirus pandemic first struck, 28,000 Cuban doctors, nurses and medical staff had already been sent to other countries. To the chagrin of the Trump administration, the brigade would later provide services in more than two dozen countries, including Italy and the United Kingdom. These acts of service continue with what "Get Out of Cuba’s Way!" campaign organizer, Obi Egbuna Jr., described as a tradition that the United States continues to ignore and attempt to sabotage for overtly political reasons.

"When it comes to defending Cuba's territorial sovereignty, too often we overlook the cultural assault, mainly due to the Bay of Pigs invasion, the 635 attempts on the life of Commander Fidel Castro, and the illegal racist blockade," Egbuna said. “We must not forget that films like 'The Godfather II' and the 1984 remake of 'Scarface' were Hollywood's contribution to Cold War propaganda.

“This includes the boxing match in the 1980s involving Aaron Pryor and Alexis Arguello,” Egbuna said. “It was a pleasure to rally artists all over the African world to show their love and appreciation for the Cuban People and their revolution.” (With information from the Washington Informer)