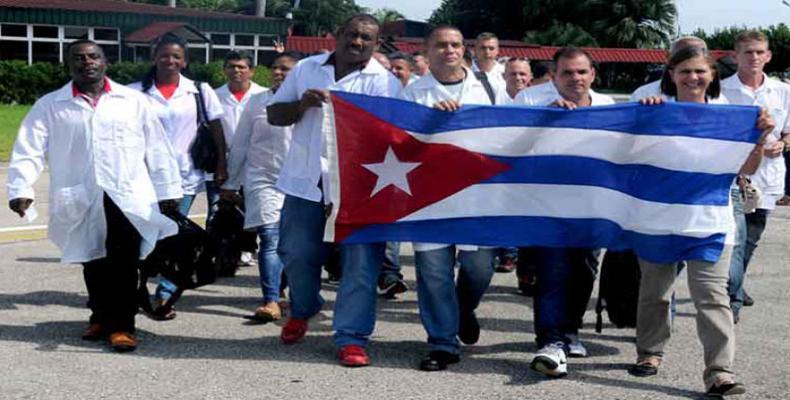 Havana, January 10 (RHC)-- Members of Cuba's Henry Reeve International Medical Brigade were awarded the commemorative medal of the 60th anniversary of the country's Revolutionary Armed Forces (FAR), granted by the Cuban Council of State in recognition of their personal contribution to the fight against Ebola virus in West Africa.

Monday's ceremony was also to pay tribute to the nearly 300 Cuban professionals who have lost their lives while fulfilling missions abroad, as part of Cuba's over 50 year-long health cooperation with other nations and peoples of the world.