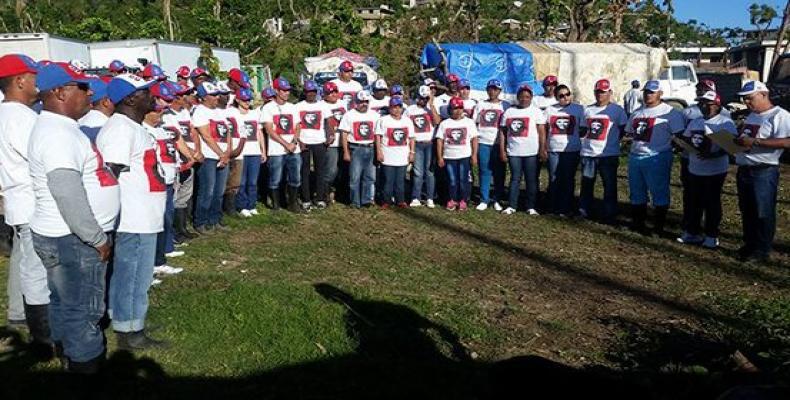 Havana, May 25 (RHC-teleSUR), -- Cuba’s Henry Reeve International Contingent of Doctors Specializing in Disasters and Serious Epidemics is being recognized once again: the medical team is set to receive this week the Dr. Lee Jong-wook Memorial Prize for Public Health from the World Health Organization.

The internationalist brigade is being recognized for its solidarity work throughout the world, as well its outstanding contribution to public health.

In particular, WHO is commending the team’s work in combating the Ebola virus in Sierra Leone, Liberia and Guinea, where Cuba had sent more than 250 workers when the crisis peaked in 2015. For their work there, they were also nominated for the Nobel Peace Prize in 2015.

Currently, the Cuban medical brigade is in Peru, helping those affected by recent rains and flooding. The Henry Reeve International Contingent of Doctors Specializing in Disasters and Serious Epidemics was created by the late revolutionary leader Fidel Castro on Sept. 19, 2005.