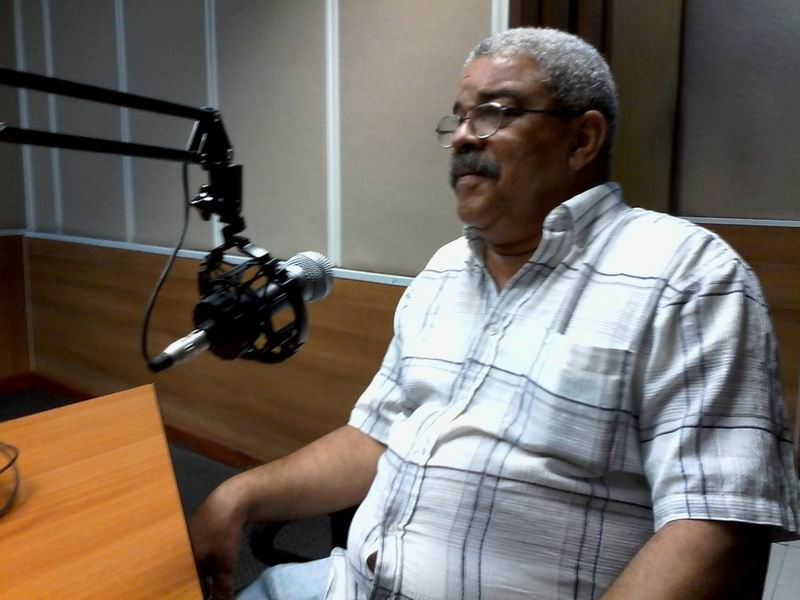 Havana, February 21 (RHC)--Cuban intellectuals rejected the content of a new song, released on social media, dubbing it unpatriotic and annexationist.

The deputy president of the National Association of Writers and Artists (UNEAC), journalist Pedro de la Hoz, told Prensa Latina news agency that the tune in question ‘Patria y vida’ (Homeland and Life), recorded in Miami by various Cuban artists constitutes an affront to both, the Cuban homeland and life since it promotes and serves other interests than those of the Cuban people.

‘It is unbelievable that a song that speaks about life and the Cuban homeland originates in Miami --the epicenter of the anti-Cuban industry,’ said De la Hoz, who added that those involved in this latest maneuver violated all ethical principles when they invited a notorious criminal to sing along.

Rapper Yotuel Romero, singer-songwriter Descemer Bueno, and the band Gente de Zona are joined in the song by Maykel Osorbo –the man who publicly advocated a US military invasion and violence in Cuba.

‘A man, who advocates violence and tightened blockade measures against his people, can neither represent nor promote Cuban values. He is a traitor,’ De la Hoz stressed.

The catchy tune targets young people said the prestigious Cuban journalist and stressed that the perpetrators of this new anti-Cuba maneuver will fail again because they have betrayed the deep-rooted, long-standing tradition of Cuban patriotic song.

Meanwhile, writer Abel Prieto, president of the Havana-based Casa de las Américas, wrote on his Twitter account that the tune is nothing more than an offensive diatribe, with which they seek to discredit the famous quote by Revolution leader Fidel Castro ‘Homeland or death’ that has accompanied several generations of Cubans ever since the US terrorist attack against the French ship La Coubre in March 1960. Fidel’s memorable quote has become a slogan of the Cuban people, signaling their determination to defend Cuba’s independence and sovereignty against foreign interference, even at the expense of their own lives.

No country like Cuba can proudly speak about saving human lives, said Abel Prieto and added the hashtags #CubaViva and #CubaSalvaVidas (CubaSavesLives).

'A group of annexationists attacking their homeland. Shame of them,’ concluded Abel Prieto.