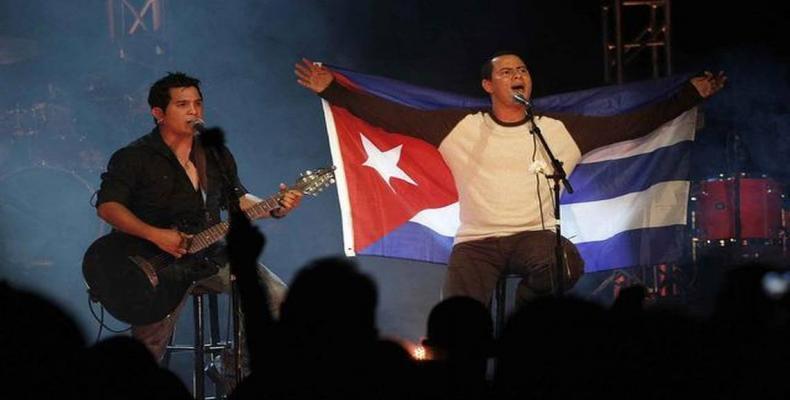 Havana, March 21 (RHC)-- Singer-songwriter Israel Rojas, a member of Buena Fe duo, published this past Sunday on his Facebook account the lyrics of a new song entitled 'La fuerza de un país' that celebrates the tireless effort of Cuban health professionals and scientists in pursuing effective vaccines against the Covid-19 pandemic, which has sickened and killed millions all over the world.

Cuba has five vaccine candidates against the deadly disease at different phases of study -- two of them (Soberana 2 and Abdala) on phase three clinical trials.

This is not the first song that Buena Fe duo dedicates to Cuban professionals, fighting Covid-19. Their tune Valientes, from the album Carnal, has become an anthem for millions on the island and around the world, who recognize the altruistic, humanitarian, selfless work of thousands of Cuban health professionals, who have been or are currently on the frontline, fighting the pandemic on the island or in countries all over the world, as part of Cuba’s Henry Reeve Brigade, which is now officially nominated to the Nobel Prize.

The tune ‘Valientes’ by Buena Fe is also a symbol of Cuba’s resistance and determination to advance despite difficulties derived mainly from Washington’s blockade policy. We should note here that despite being a poor, blockaded nation, Cuba is the only nation in all of Latin America, which has developed not one, but five vaccine candidates against Covid-19 –a significant achievement of the country’s biopharmaceutical industry at a time when the United States, and specifically the former Donald Trump administration adopted more than 200 new measures to further tighten the blockade and asphyxiate the neighboring Caribbean state.

Cuban authorities have repeatedly said that by the end of this year, 2021, the entire Cuban population will be immunized against Covid-19, with Cuban-made vaccines. The Caribbean state also announced that it will contribute vaccines to the global fight against the pandemic.