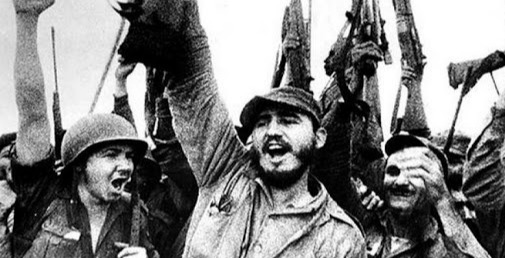 In statements to Cuban News Agency, the author of ‘Te doy otra canción’, said this new version completes his trilogy of songs dedicated to Cuba’s victory against the mercenary invasion at Playa Girón (Bay of Pigs) in April 1961. The other two songs are ‘Girón: Preludio’, written by none other than Silvio Rodríguez and ‘La Batalla’ by Eduardo Ramos.

‘It was a challenge,’ said the renowned trova musician, but insisted ‘music is a challenge I’m willing to take.’

Valdés, a member of the Hermanos Saiz Association of Young Artists, said this new version is also a tribute to Sara González, one of Cuba’s most prominent singer-songwriters, and a fervent revolutionary who raised her voice to defend Cuba, its Revolution and national culture.

The new version of ‘Girón: la victoria’ is part of the miniseries entitled ‘Nuestra Primera Victoria’, produced by the provincial TV channel Perlavisión, in Cienfuegos and broadcast these days on Canal Educativo of national television on occasion of the 60th anniversary of Cuba’s victory at Bay of Pigs --the first military defeat of US imperialism in Latin America.

Directed by Jorge Luis Marí, the 10-part series deals with the events in Cuba in April of 1961, the testimony of Cuban combatants who fought the mercenary forces, and those of relatives of the 155 Cuban martyrs of Playa Girón.