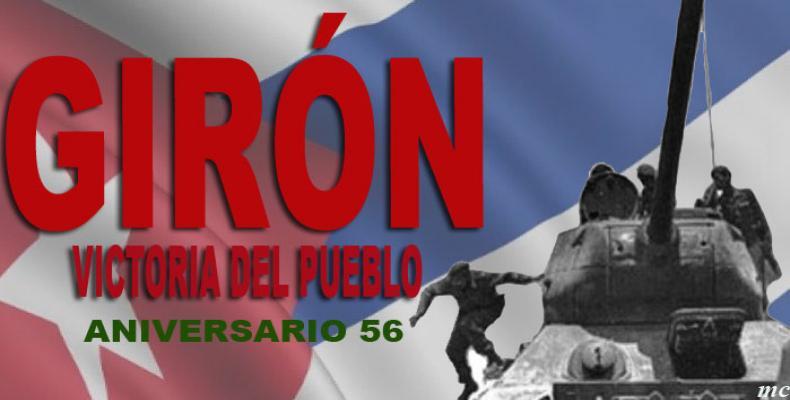 Havana, April 20 (RHC-PL)-- The integrity of the historic leader of the Cuban Revolution, Fidel Castro, was praised during the ceremony for the 56th anniversary of the victory of Playa Giron.

Hundreds of inhabitants of the Zapata Cienaga, in the province of Matanzas, united in Playa Girón and honored Fidel Castro, who led the revolutionary forces to defeat the mercenary invasion, prepared by the government of the United States.

Peña Flor Gallo, who took part in the battle, highlighted the Commander-in-Chief's abilities as a strategist, a key element in achieving victory in those glorious days of April 1961.