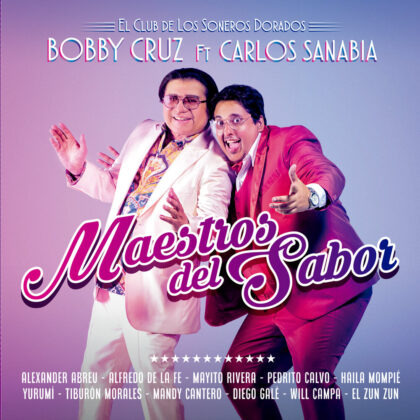 The presentation took place at a press conference Tuesday in Havana.

Through a video message from Puerto Rico, Bobby, 83, an ex-member of Fania All-Stars, thanked Carlos Sanabia and all the participating Cuban musicians and congratulated them for this project, saying ‘we all contributed our talent and our love.’

'Maestros del Sabor’ is the third album by the Cuban Golden Club, an ensemble created little over three years ago. The two-volume album includes 20 tracks, 15 of them written by Sanabia himself.