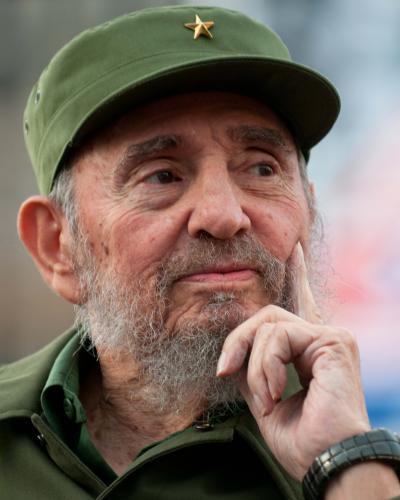 At exactly 11:00 a.m. on August 11th, Gente Nueva publishing house will launch the book ‘Fidel, el muchacho de Birán’ or in English (Fidel, a boy from Birán) by Ángel Velazco.

On August 12th, historian Fabio Hernández will give a conference on the life and work of the revolutionary leader, and on Friday, August 13th –Fidel’s actual birthday anniversary—a photo exhibition will be inaugurated. Entitled ‘Fotografías sobre el Comandante en Jefe’ or in English (Photographs of the Commander in Chief), the exhibition is a joint effort of the National Photo Library and the National Fine Arts Council.

Meanwhile, the Havana-based Casa del ALBA Cultural will celebrate the life and legacy of Revolution leader Fidel Castro with a fine arts exhibition to be inaugurated on August 26th. It compiles works by Cuban children, members of the cultural project ‘Color miel de Caibarién,’ based in Villa Clara province.

In Granma, the program of actions includes a virtual photo exhibition, reflecting important moments of the revolutionary leader’s frequent tours of the territory, also volunteer work in the sugar sector, and a ceremony in homage to health professionals, who are on the frontline fighting the Covid-19 pandemic.