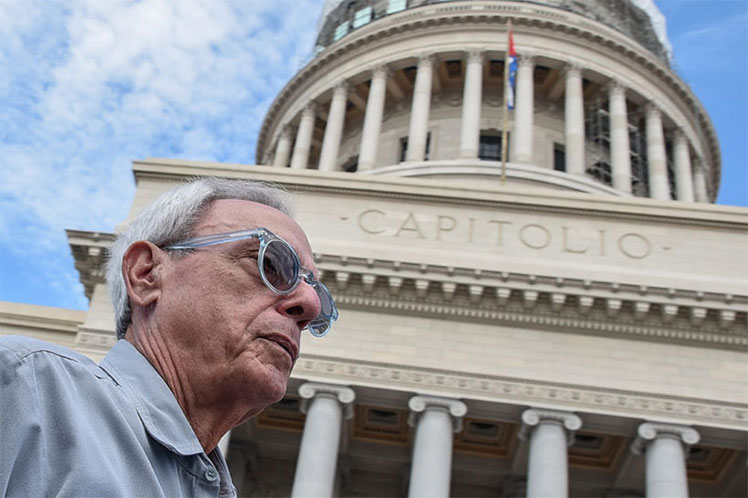 Havana, September 11 (RHC)-- Cuba pays a solemn tribute to the late Historian of Havana, Eusebio Leal, who would have turned 80 years old this Sunday, during a ceremony at the Museum of the city to which he dedicated his life and meticulous restoration work.

The book of interviews "Hay que creer en Cuba," by journalist Magda Resik, whose presentation under the Ocean Sur publishing house takes place at the museum, deals with the patrimonial and immensely human rescue developed by the Doctor of Historical Sciences.

The day of remembrance of Leal Spengler also includes a visit to the temporary exhibition "Alegría a la nación cubana" (Joy to the Cuban nation) and a presentation by the children's theater company La Colmenita at the Plaza de Armas.

Another important moment will be the reopening of the Martí Theater with the presentation of The Cantata for Eusebio Leal, which will feature outstanding Cuban artists such as the Camerata Romeu and maestro Frank Fernández on piano, who will sing to the Wonder City and its greatest guardian.

The evening, under the artistic direction of Rolando Almirante, includes songs from the album El novio de La Habana, a co-production of Bis Music and the La Ceiba record label, under the direction of Alejandro Rodriguez.

Until September 22, the program of commemorative activities includes photographic exhibitions, children's workshops, theatrical, musical and dance presentations to pay tribute to the memory of the renowned intellectual and manager, who made Havana and its history a must when talking about heritage.