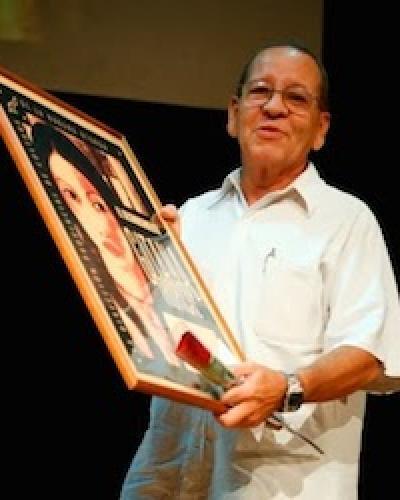 Known by his music shows Sabadazo and Entre Amigos, Pulido began his career in 1962 when the Cuban Radio and TV Institute known as ICRT was established. The prize was presented in the framework of the Radio and TV Convention Cuba 2014 which wound up in Havana on Friday after intense debates and presentations related to new communicative models and manners to make Television and Radio shows.

Agreements, workshops, fairs, concerts and an exchange of experiences between veteran and young TV directors characterized the radio and TV gathering in the Cuban capital. Some 600 participants from 27 countries met at Havana’s Conference Center, where the national TV and radio festival prizes were presented, including a special prize for the comedy show "Vivir del Cuento", and the Grand Prix went to the historical program "Duaba, la odisea del Honor" by Director Roly Peña