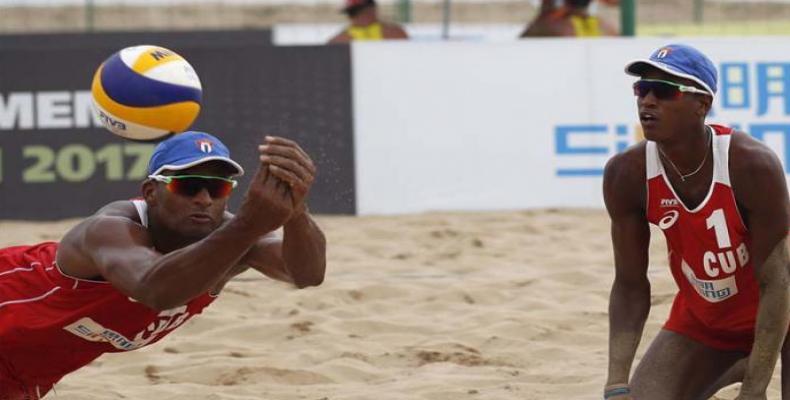 Havana, October 18 (RHC-ACN) – The Cuban men´s duo of Sergio Gonzalez and Nivaldo Diaz earned a bronze medal in the Chinese city of Quinzhou, home of the 21st stop of the 2017 FIVB Beach Volleyball World Tour when defeating the Belgian pair of Dries Koekelkoren and Tom van Walle, who appear 12 th in the world ranking.

With this result, the Cuban couple climbed two seats in the global list and now appears 16th.

Its performance this year includes a gold medal won at the Langkawi stop, in Malaysia; the fifth spot reached in Xiamen, China, and the 17th seats in the contests of Rio de Janeiro and Moscow.

Cuba was also represented in Quinzhou by the women´s duo of Leila Martinez and Lidiannis Echeverria, who debuted at this level and were eliminated in the round of 16, with balance of a win and a loss.