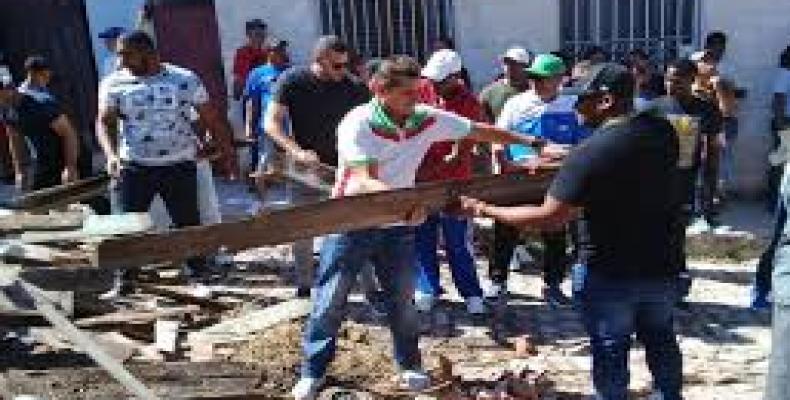 Havana, January 2 (RHC)—Cuba´s representation to the Baseball Caribbean Series 2019, the Woodcutters of Las Tunas, visited Friday some areas that were severely affected by the tornado that hit Havana last Sunday

The players and their coaching staff assisted the victims in the recovery efforts.

Among the athletes was Alfredo Despaigne, superstar of the Fukuoka Softbank Hawks and maximum exponent of the Cuban baseball players who play in the National Series.

Starting Monday, the Cuban team will participate in the 61st edition of the Caribbean Series, set tu run from February 4 through the 10th at the Rod Carew Stadium in Panama City.