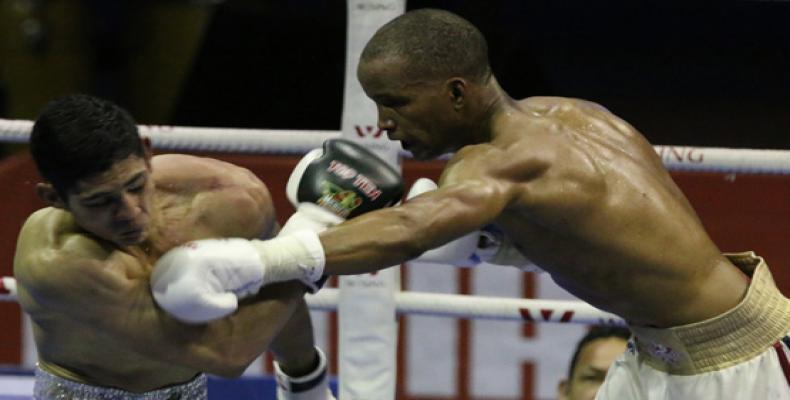 Havana, July 19 (RHC) – Cuban Olympic Champion in London 2012, Welterweight Roniel Iglesias  has been cleared from the injury list of the Cuban Boxing team that will compete in the Pan-Am games in Lima, Peru.

Iglesias suffered a bone displacement in his left hand last April but now he is back to his best shape and rhythm as team physician Dr. Rafael Lerena declared to the press this Friday.

Lerena explained that Iglesias had done some high-level sparring during the team’s training base in Ecuador, and now he is back to his optimal shape.

In lgesias, gold medalist in Pan-Am games in Guadalajara, Mexico in 2011, will be looking in Lima for some revenge, since he finished second in Toronto 2015 by loosing in the final to Venezuelan Gabriel Maestre,  who is going to compete in Lima as well.