Cuba is still unbeaten in U-19 Volleyball World Championship 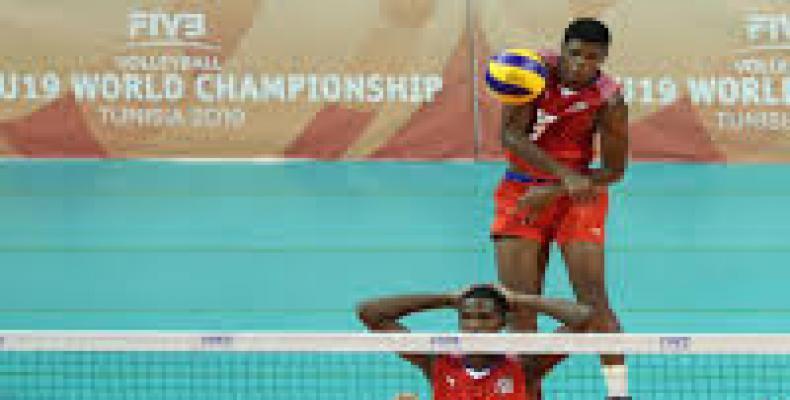 Tunisia, August 24 (RHC) – The Cuban Volleyball team defeated Taiwan and now sums three wins and no losses in the U-19 Volleyball World Championship in Tunisia.

During the game, the Cubans showed superiority in every aspect of the game; the offensive performance was led by Jose Miguel Gutierrez with 18 points, Victor Andreu (15), and Eduardo Hernandez (11).

Cuba is currently leading group A of the competition with 8 points, Belarus and Tunisia are tied with 3 points but they have played one less game than Cuba, while Brazil is sitting 4th, but they have only played one game so far.