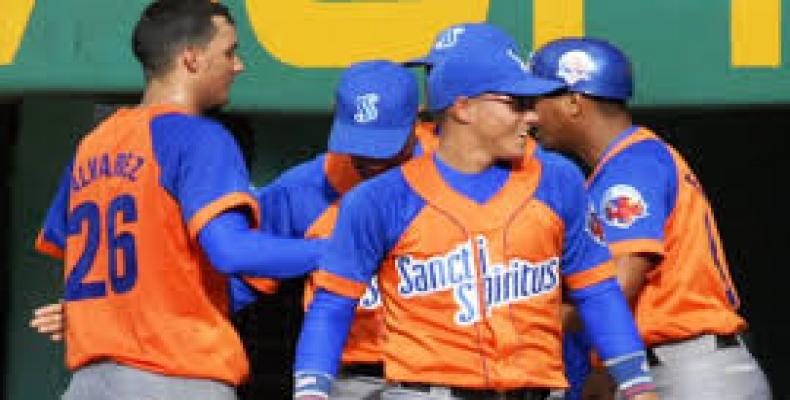 Havana, August 24 (RHC) – The Sancti Spiritus Roosters defeated the Isla de la Juventud Pirates 8-7 and kept their edge from the Camaguey Bulls at the top of the leader-board in the Cuban Baseball Series.

The Roosters now have 9 wins and 2 losses and they are followed closely in the leader-board by the Camaguey Bulls, that with 7 wins and 3 losses are just 2 games behind.

The win in the game was awarded to reliever Yankiel Mauri, while also reliever Wilber Perez carried the loss. Yunieski Dardo saved his 3rd game of the season. The Sancti Spiritus offense was once again led by veteran Frederich Cepeda, 2-5 with an RBI and a run scored; Geyser Cepeda (2-5), with an RBI and Yunier Mendoza (1-4) and Diosmeli Salabarria (1-3), both with two RBIs in the game. On the Pirates side, Alberto Calderon went 3-4, with a double and 3 RBIs.