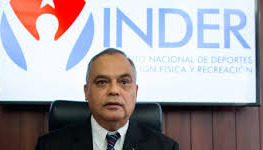 Havana, October 9 (RHC)-- The president of the Cuban Sports Institute (INDER), Osvaldo Vento, has denounced the impact of the U.S. government's blockade against the island, while speaking at the II Videoconference of the Ibero-American Conference on Sports in Times of COVID-19.

Vento specially highlighted the disinterested devotion of thousands of sports fans on the island, who combined their professional work with the direct support to the confrontation of the COVID-19 pandemic, a priority of the country's authorities, according to the weekly magazine Jit in its digital edition.

All that, in addition to the increase of the criminal economic, commercial and financial blockade maintained for almost six decades by the U.S. government -- which only between April 2018 and March 2019 cost Cuba more than four billion dollars, the top sports leader said.

The head of INDER also thanked the organizers of the virtual meeting for the efforts to use a platform that the Caribbean nation can access, and expressed that the event will contribute to the unity of Ibero-American sports in the midst of the fight against the pandemic, as well as Cuba's willingness to share the experiences accumulated during months of hard battle.

The president of INDER said that coaches, teachers, technicians and managers of the country have joined centers where people suspected of carrying the pathogen are isolated, and doctors and nurses of the sports sector attend to confirmed patients in what are known as Red Zones.

Vento recalled that Cuba has spared no effort to save lives, while insisting on the benefits of sports and physical exercise as options available to the population, and maintains the preparation of the highest ranking athletes.

In this regard, he clarified that Cuba considers it a priority to make visible the region's problems and approaches in the area of physical education, and the need to increase ties with the Ibero-American Sports Council as a source of knowledge to overcome the many challenges of a world with trends associated with sedentarism, particularly among children and young people.