Cuban government denounces in Geneva the impact of the US blockade 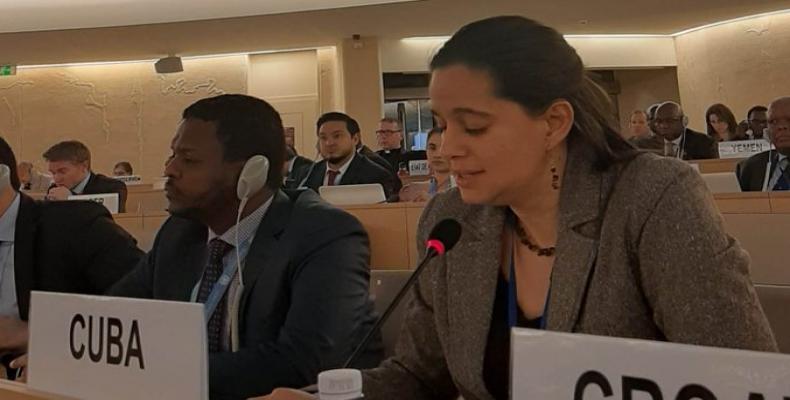 Geneva, March 4 (RHC)-- The Cuban delegate to the United Nations in Geneva, Lisandra Astiasarán, denounced on Tuesday that the right to food of the Cuban people continues to be severely affected by the strengthening of the blockade imposed by the government of the United States.

Speaking in the dialogue with the Special Rapporteur on the Right to Food, Hilal Elver, the representative said that the economic warfare measures applied had reached extremes never seen before.

She cited as an example the persecution and obstruction of entry into the country of liquid gas, one of the most widely used domestic fuels in Cuba, which has affected more than 1 million families in the country.

Astiasarán concluded that Cuba reiterates its unwavering commitment to the promotion of the right to food. In this regard, she said it would again present a resolution on the subject at this session of the Human Rights Council.