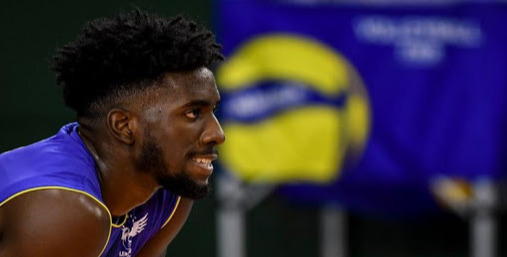 Owner of 23 points, of those two in blockade, the Cuban Lopez registered his best performance with the sky-blue team since his debut on Brazilian soil, to lead the victory over Minas Tenis in partial 25-21, 25-17, 23-25 and 25-23.

"Lopez was released", "Lopez makes the blockade swallow" and "the Lopez machine" are some of the expressions used by Sada Cruzeiro in his Twitter account to praise the game of the 23-year-old Cuban volleyball player, who registered attacks of up to 137 kilometers per hour.

In exclusive declarations via Whatsapp, the star of the Cuban national team meant the conquest of his first trophy with the Sada, after almost eight months of competitive inactivity as a result of the COVID-19 pandemic.

"For every player, it is important to start winning, since it facilitates the adaptation to the team, releases stress and gives a lot of confidence for the next matches," highlighted the Cuban point-receiver.

Olympic and world champion, López ratified the commitment and ambitions of contributing with his offensive to the success of Sada Cruzeiro in the current season of club volleyball in the South American Giant.

Sada dominated the competition undefeated and ratified itself as the best Brazilian team of the last decade, reaching its 12th crown in the Mineiro Championship, besides exhibiting in its showcases a subtitle (2006) and two bronze medals (2007 and 2009).

For the Cuban López, this was his second title as champion in foreign leagues, after celebrating in 2019 the Argentinean Cup's scepter as a member of UPCN San Juan.