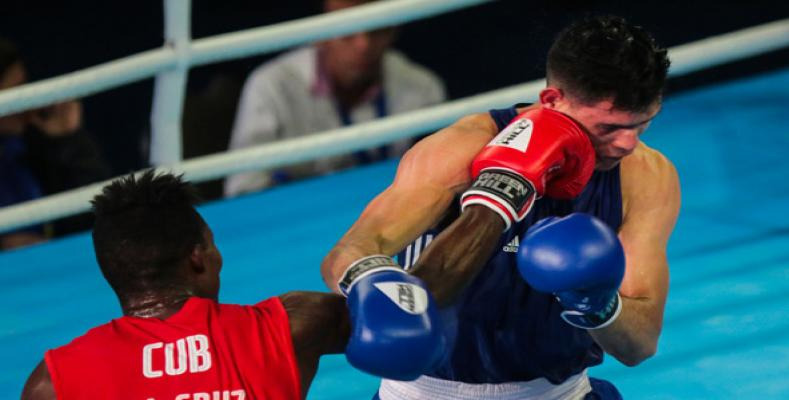 Havana, December 13 (RHC)-- The congress of the International Boxing Association (AIBA) has opened its virtual sessions, with the election of its president among the central themes.

The main candidate in Latin America, the Dominican Bienvenido Solano, 71 years old and a prestigious sports leader in his country, ruled out presenting his proposal to lead the entity on Tuesday.

Head of the Boxing Confederation of the Americas and honorary vice president of AIBA, the Caribbean native described media reports as extreme manipulation to discredit the honor of his career.

More than a year after Morocco's Mohamed Moustahsane took over as interim head of state, 151 national federations will decide among the six candidates.  Moustahsane has held the post since March 2019, when Uzbek Gafur Rakhimov resigned from the post because of the dispute between AIBA and the International Olympic Committee.

Accused of ethical violations and governance problems, and removed from the qualifying tournaments and the Tokyo Olympic Games, the pugilistic entity was forced to implement a program of reforms, which will be analyzed in the Congress.

The extraordinary AIBA meeting, initially scheduled for June this year in a face-to-face format, was postponed to the online variant due to the impact generated in the world by the Covid-19 pandemic.

Created in 1946, AIBA is not experiencing its first crisis, as doubts about the honesty of the arbitrations and suspicions of corruption dotted its reputation at the Athens 2004, Beijing 2008, London 2012 and Rio de Janeiro 2016 Olympics.