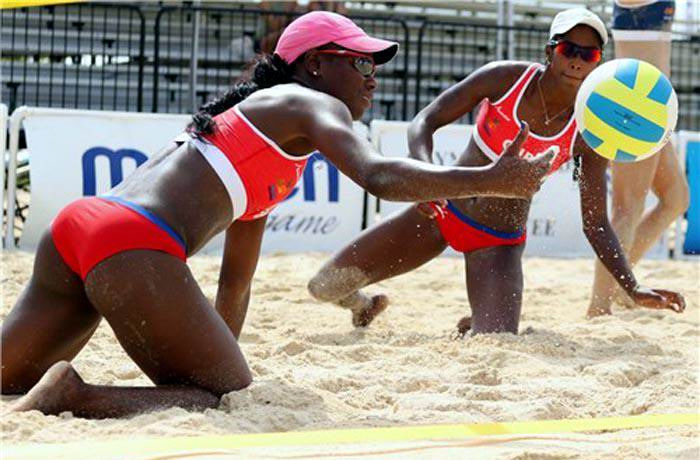 Tokyo, July 28 (RHC)-- The Cuban duo of Leila Martinez and Lidianny Echevarria lost for the second consecutive time on Wednesday in the beach volleyball tournament of the Games of the XXXII Olympiad.

After losing in their debut against the representatives of Austria, in two sets, the Cubans were also unable to defeat the Russian duo of Nadezda Makroguzova and Svetlana Kholomina, in straight sets of 21-16 and 21-11.

There was parity in the first set, until point 13, but from then on the Eurasians pressed the accelerator and gave no margin.

Under a radiant sun and an embracing heat, Leila and Lidianny tried to impose themselves, to react, but again the complex one (receiving, passing, attacking) did not contribute what was necessary and the effective actions of blocking and defense were scarce.

The Russian service almost always looked for Lidianny and achieved its goal, because the Cubans did not set up the game with quality, either by the reception, or by the setting or attacking... And soon the young girl was suffocated and lowered her performance.

"We entered the game very well, but then we faced some lack of coordination and could not stay close to our rivals. Anyway, we are gaining game and level. This is a very good event and we have to face Italy with everything to stay in the competition", said Lidianny in the mixed zone, after the match.

Asked about any level of fatigue, the young athlete explained that "maybe a little shaken in the first set, but nothing that affected the game".

Looking ahead to the decisive match against Italy, she commented that "these previous matches were very good to add experience and game, which we have very little, while they have been playing together for years in the world circuits and other events. We can't let that get the better of us".

Leila, for her part, appreciated the match very well and confirmed that the objective of both is to enjoy the competition and work better as a duo.

However, "we know that our level is good enough for more, but we have to go step by step and leave this match behind us. We have another one ahead of us that would still give us the possibility of staying in the competition. We will take the positives from today and we will go into the match against Italy with a better spirit and disposition," he emphasized.