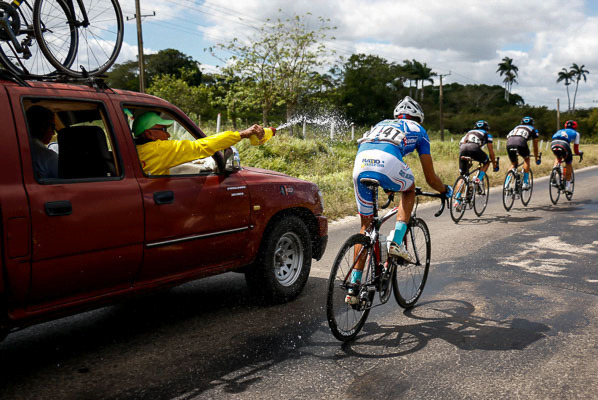 Havana, August 9 (RHC)-- Cuban cyclists set off on Sunday for Santo Domingo, capital of the Dominican Republic and venue of the Caribbean and Pan American Under-23 and Elite Road Championships, which will take place from the 12th to the 15th of August.

Five males and three females of this minor category will compete with the main objective of qualifying for the Junior Pan American Games, scheduled for November 25 to December 5 in Cali, Colombia.

Three other elite cyclists will also take part.  They are the international medalists Marlies Mejías and Yudelmis Domínguez, as well as Heydi Praderas, podium winner in the last Caribbean Road Championships held in Havana in 2019.

The youngest who will compete for tickets to Cali are Aylena Quevedo, Evelyn Díaz and Ludisneilys Fleitas, and their teammates Andy Díaz, Kevin Vega, Luis Ramírez, Stefano Águila and Juan Manuel Cabrera.

Except for Marlies, who is already in the Dominican capital, the group had its last training session on the capital's roads before traveling to Madrid, one of the possible air routes in times of pandemic to reach destinations in the Americas.

Completing the delegation are coaches Eduardo Alonso (women) and Adonis Cardoso (men), mechanic Fabio Medina and national commission methodologist Luis Elpidio Sabourín.  Cardoso told the sports magazine "JIT" that these pedalists are among the most talented in the country in the men's branch, demonstrated mostly in the national classics held through 2019.

"Vega participated in the 2020 Tours of Panama and Guatemala. In the latter was also Cabrera, a born road racer, very combative and one of our best climbers. Andy is an outstanding time trialist of only 20 years of age and one of the hopes for medals in the Central American and Caribbean Games of 2023".

For his part Alonso, said that the U-23 trio has prepared well despite the difficulties due to the covid-19, "but they are very young and have never competed at international level, now the priority is that they can qualify for the Cali games as part of their development".