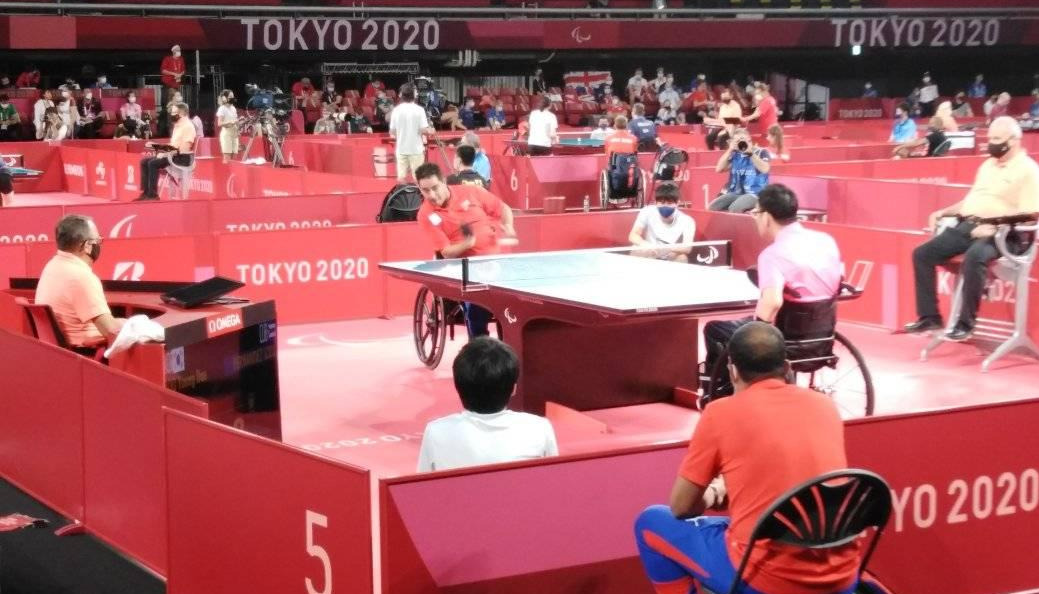 Havana, August 27 (RHC)-- Cuban table tennis player Yunier Fernandez was in charge of Cuba's most outstanding performance this Friday at the Tokyo Paralympic Games, finishing in fifth place in his category.

"He had a very strong match. Once again he had a very difficult opponent: the Korean Young, first in the world ranking. But Yunier Fernandez was not intimidated and fought racket for racket like what he is, a man who never gives up, a champion of life, a great competitor," wrote on social networks Maikel Martin, Cuban radio's envoy to the Tokyo Paralympic Games.

With the fifth place, Yunier equaled his performance at the Beijing 2008 Paralympics.

In parathletics, the double champion of Rio de Janeiro 2016, Leinier Savón, was left out of the final of the 100 meters flat category T12, for the first big (negative) surprise for the Cuban delegation.

Savón, considered among Cuba's possible medalists in the event, clocked 10.91 seconds in heat three, and was surpassed by Brazil's Marinho de Oliveir, winner with 10.85.

"Savón was left sitting in the starting block. There is no justification whatsoever. He was in good shape," his coach Miriam Ferrer told JIT.

"I was very surprised because Savon is not one to sit still in the starting block. He is explosive," said Omara Durand, also an extraclass presser.

The winners of the four elimination heats, plus the author of the best time among the runners-up, which went to the Russian Roman Tarasov with 10.83, made it to the final.

The result of the Norwegian Salum Ageze Kashafali, who set a Paralympic record with 10.46 seconds, was noteworthy.

World Monarch in Dubai 2019, Kashafali holds the best mark of all time since Oslo 2019, when he stamped phenomenal 10:45 seconds.

In the same category and distance, but among women, the debut of five-time Paralympic champion Omara Durand, who will seek to maintain her unbeaten record in major championships on September 1, is highly anticipated.

Cyclist Damian Lopez made his debut in the Paralympic Games with a time of 1:24.158 minutes in the kilometer time trial, category C1-5, to place 22nd.

This is the third time that Damian, who has amputated both forearms and his right leg, competes in the Paralympic Games.

The gold medal went to China's Zhangyu Li, who improved his own world record with 1:03.877.