Cuba debuts against Poland in Under-21 Volleyball World Championship 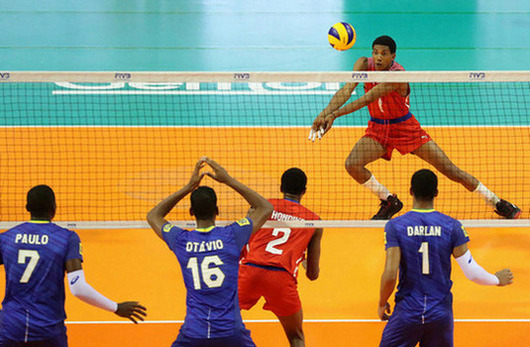 The Cuban under-21 volleyball team will debut tomorrow, Thursday, against Poland in Group B of the World Championship of the discipline, to be held in Sofia, Bulgaria. Meanwhile, two other groups will play in various cities in Italy.

Havana, September 22 (RHC)-- The Cuban under-21 volleyball team will debut tomorrow, Thursday, against Poland in Group B of the World Championship of the discipline, to be held in Sofia, Bulgaria. Meanwhile, two other groups will play in various cities in Italy.

In the West Indies' own division, Bahrain and the hosts will face each other, and in Group D, Canada-Cameroon and Russia-Brazil.

The teams will play a round-robin system. The two best teams in each group will be placed in group E, hosted by Italy, and group F, hosted by Bulgaria. The third- and fourth-placed teams will form a pair of four-team zones, G and H, which will play each other at the respective venues, according to the FIVB website.

The top two teams in E and F will qualify for the semifinals and finals, and the last two will compete in a playoff for fifth through eighth, while the winners of G and H will do the same for ninth through 12th and the two "bottom teams" of those pools for 13th through 16th.

The Cuban team that traveled to Europe on Sunday is headed by corner players Marlon Yant (204 cm tall) and José Miguel Gutiérrez (192 cm), who traveled from Italy and France, respectively, where they play for the Lube Civitanova and Chaumont 52 clubs.

As middle blockers are Luis Vidal Allen (195 cm), Endriel Pedroso (209 cm), Reynier Ibar (199 cm) and Alejandro Miguel Gonzalez (200 cm), the most outstanding player for Cuba in the U19 World Championship, held last month in Iran, and Ricardo Gomez (202 cm) will be playing as libero.

Repeating from the squad that took part in the previous edition, held in Bahrain 2019, are Chirino, Thondike, Gomez, Vidal, Gutierrez and Andreu.

The team will be led by Jesús Cruz López, who will be assisted by veteran coach Víctor García. Completing the group will be physician Ramses Raymond and methodologist Osvaldo Idel Martinez, head of the delegation.

In the world championship two years ago, Cuba finished in tenth place.