Baseball team to the U-23 World Cup returns home 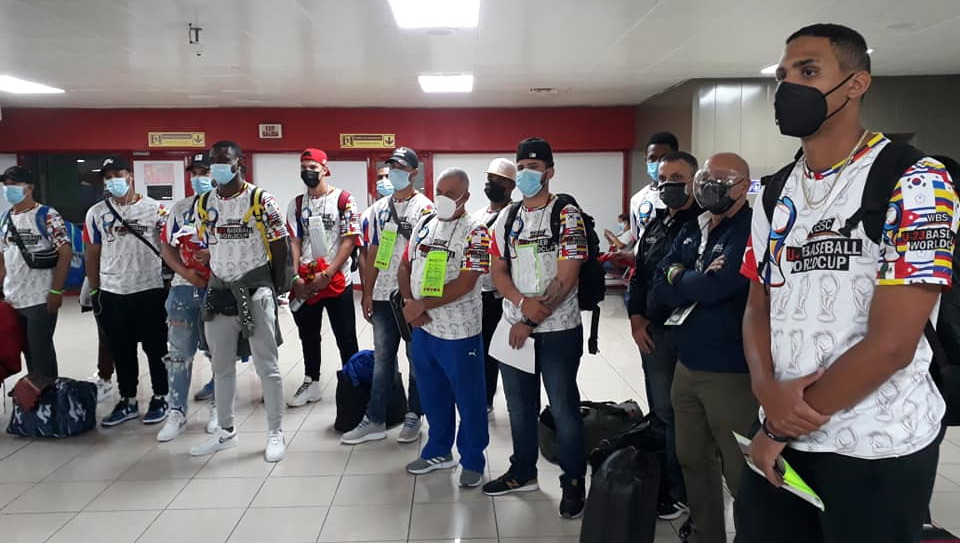 Havana, October 4 (RHC) -- The Cuban baseball team that reached fourth place in the U-23 World Cup in Mexico arrived on Cuban soil on Monday morning.

At Havana's José Martí air terminal, the group of 12 players was received by Raúl Fornés, first vice president of Inder, who congratulated the Cuban players for their honorable fourth place and thanked them for the dedication and courage they showed in every outing, reported Guillermo Rodríguez, Cuban radio correspondent at the event.

The team's last effort took place against Colombia, in the dispute for the bronze medals, where despite the difficult conditions due to the large number of casualties - finally 12 -, they fell in a close 5x3 match.

In the final, Venezuela took the gold by beating the host team, Mexico, and was congratulated by the president of Cuba, Miguel Díaz-Canel.

"Congratulations for the triumph, brothers" was the message of the Cuban president on his Twitter account for the Bolivarian nation, whose team defeated the Mexican team 4-0 in the final.