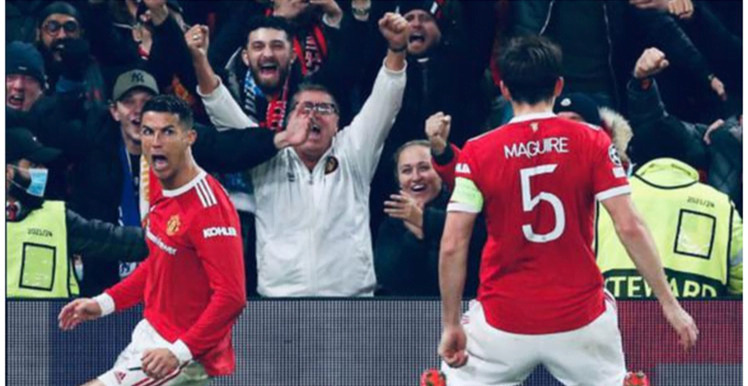 Manchester, October 21 (RHC(PL)-- Striker Cristiano Ronaldo saved Manchester United with a late goal on Wednesday to give them a 3-2 success over Atalanta in European soccer's Champions League.

The Portuguese soccer player managed to head in a cross from defender Luke Shaw in the 81st minute and the Red Devils turned the scoreline around in sensational fashion when trailing 0-2 to the Italians.

Atalanta led by two at halftime thanks to goals from Mario Pasalic in the 15th minute and Merih Demiral in the 28th minute, but Manchester United rallied to score through Rashford (53rd), Maguire (75th) and Ronaldo's aforementioned finish.

The win took Manchester United to six points and put them in first place in Group F, ahead of Villarreal, who defeated Young Boys 4-1.

In other results of the day, Juventus won a narrow victory over Zenit St. Petersburg 1-0, Bayern Munich defeated Benfica 4-0, while Sevilla and Lille drew goalless.