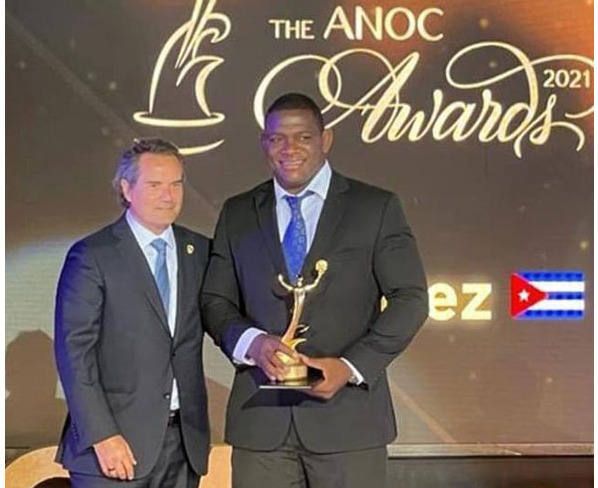 Lopez is the first Cuban athlete to obtain this distinction. Photo taken from PL

Havana, October 24 (RHC)-- Cuban Mijaín López received on Sunday the Outstanding Performance Award for 'Tokyo 2020' from the Association of National Olympic Committees, which praised the figure of the considered the best wrestler in history.

On the Greek island of Crete, Lopez received a standing ovation for being the king of the Greco-Roman super heavyweight category in the editions of Beijing 2008, London 2012 and Rio de Janeiro 2016.

"Everyone wants to know if I continue or not. Now I can only say that I have to think about it, because you can't get there for the sake of getting to the Olympic Games," said the Horseshoe Giant upon receiving the award on the concluding day of the 2021 General Assembly of the world body.

Regarding his presence in Paris 2024, the gladiator, the first Cuban athlete to obtain this distinction, added that he is seriously considering the possibility, although "it is a very long road, which would end with 42 years and I think I should go big, not below," he said.