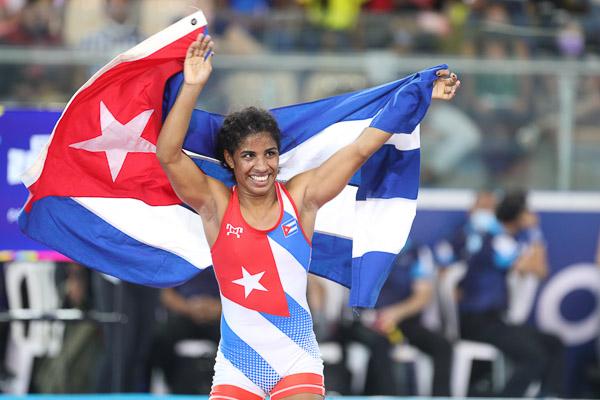 On the social network Twitter, the dignitary described as excellent the results obtained by the young Cuban athletes in the lid based in Colombia, in which they finished in fifth place overall with 29 Gold, 19 silver and 22 bronze medals.

"Young Cuba with fifth place in Cali-Valle, an excellent result. Congratulations to the entire Cuban delegation. #CubaVive", subscribed the president.

This Sunday, after winning a bronze medal in the modern pentathlon mixed relay, through the pairing of Diana Leyva and Marcos Antonio Rojas, Cuba closed the medal standings led by Brazil with (59-49-55), escorted by Colombia (48-34-63) and the United States (47-29-38).

Cuba, on the other hand, totaled 70 and the disciplines that contributed most to its delegation were athletics and wrestling, with nine titles per capita.

Meanwhile, the athlete who brought the most crowns to Havana was diver Anisley García, champion in the mixed ornamental diving and one-meter springboard events, in addition to winning a bronze medal on the platform.

The First Pan American Junior Games were closed the day before in Cali, where the president of Panam Sport, Chilean Neven Ilic, described the event as extraordinary and predicted that its protagonists will be the great actors of Pan American sport in the future.