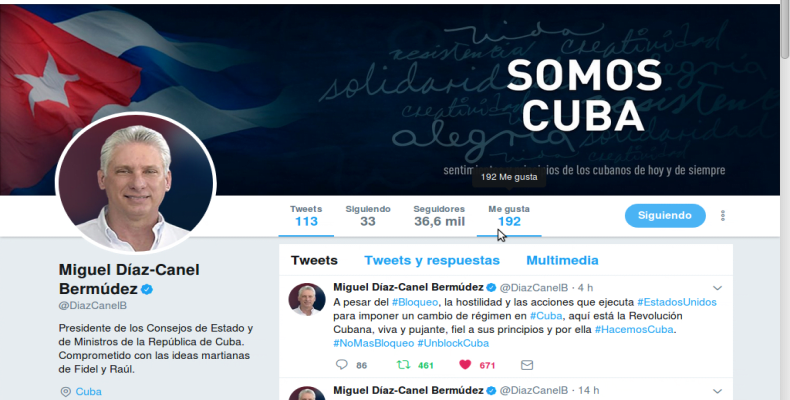 Arlenis Sierra is one of those young people who prevails with commitment, the president wrote on his Twitter account, where he congratulated the double Pan American champion after winning the gold medal in the women's cycling route.

Sierra, queen of cycling eight years ago in Guadalajara 2011, completed six laps in an 80.5 kilometer course in the San Miguel circuit, with a time of 2:19:50 hours, to come in first.

Díaz-Canel also greeted the fighter Yurieski Torreblanca, who won in the 86 kilograms of freestyle.   In Lima, Torreblanca told Prensa Latina that the final fight was difficult because he entered very confident against an opponent he always defeated and was five seconds away from losing, because he was failing in defense.

The Cuban president also praised Maylín del Toro and Iván Silva, champions in the divisions of 63 and 90 kilos in judo, respectively.

In a last message on the social network, Díaz-Canel pointed out that Cuban Angel Fournier "is the absolute king in America, in the test of a couple of short oars."  Fournier won Gold in the men's single open weight rowing of the Pan American Games in Lima.