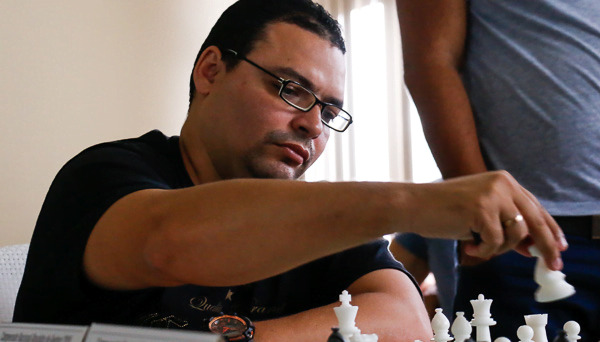 Almeida, member of the national pre-selection of the Island, closed with 6.5 points out of a possible seven and displaced to positions two and three the Venezuelan Eduardo Iturrizaga (6 points) and the Argentinean Alan Pitchot (5.5), according to what was published in www.chess.com.

That was the playing platform for an appointment agreed with semi-fast duels to 15 minutes and with 10-second increment after each move.

"I felt I was playing very well, and although it is at a different pace than what I will have in the face-to-face tournaments in the coming weeks, it still serves as preparation," said Almeida, who plans to attend the Ibero-American Championship in mid-February and then the national competition, to JIT.

"I saw myself now with strong opponents, and I repeat, although when you do not have the Elo at stake the pressure is different, you always take advantage of any tournament," said the current third in the ranking of the island with 2,535 Elo points.

Other well-known players were present at the online competition, such as Argentina's Sandro Mareco -who is one of those confirmed for the Elite group of the next Capablanca in Memoriam-, Moldavia's Nikola Mitkov and Cubans representing other federations, Lazaro Bruzon (USA), Neuris Delgado (PAR) and Juan Carlos Gonzalez (MEX).

"I prefer face-to-face play, but online helps you prepare, keep in shape and even try out themes you are preparing to teach later in classical games," Almeida commented.

Chess is one of the sports that was able to maintain its activity in the midst of the pandemic of covid-19, appealing to the facilities of the game on digital platforms, although it is progressively returning to face-to-face appointments.

At this moment the first super tournament of the season is being played in the Dutch city of Wijk aan Zee, the well-known Tata Steel, and it is also enjoyed from other parts of the world with several national championships and the so-called Open.