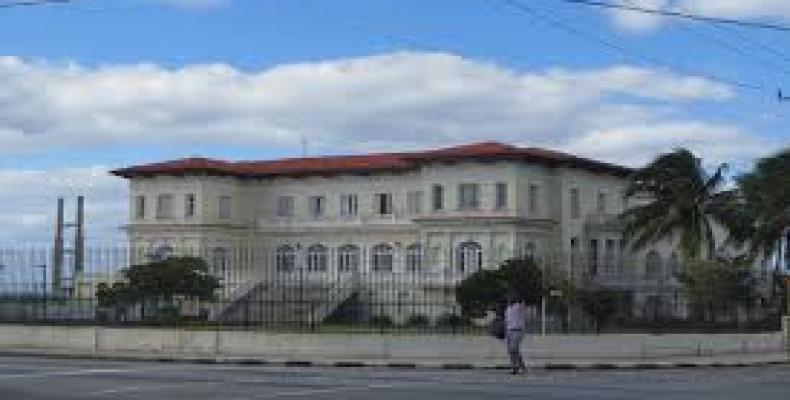 Writers, historians and executives of the Cuban Baseball Federation qualified as a historic event the re-foundation of the National Baseball Hall of Fame and Cuban Baseball Museum as a local academic entity, in meeting held at the Latinoamericano Stadium, of this city.

Dozens of researchers, journalists, storytellers, sport commentators and other personalities related to the baseball field in Cuba participated in the National Symposium for the rescue of that institution, established in October 1939 and discontinued in 1961 after 68 exaltations.

The filmmaker Ián Padrón, chief coordinator of the event which will run until this Saturday, told local AIN news agency that to retake the importance of this project in an effort to recognize the work of thousands of players, coaches and referees in 150 years of the sport in the nation.

Sponsored by the National Baseball Federation, the conference included the presentation of the project for the creation of the Cuban Baseball Museum at the former Vedado Tennis Club, now José Antonio Echeverría Workers' Social Club, located in the Municipality of Playa, town beach in the northern coast of Havana.

On the first day of the event, attendees took the vote to elect the 25 members of the Selection Board that will define the next essential baseball personalities in Cuba to be inducted this year to the newly re-founded Hall of Fame.

The entry of 10 new members in the grounds of the immortal baseball personalities of the country will occur next December as part of the day dedicated to the national pastime, from 27th to 29th this month, one of the agreements reached at the colloquium.

"I have learned and gained experience. I think I'm better trained. Now I have to prove it, although I need to know more secrets of pitching," said Mendoza after returning to the island from the Asian nation.

Mendoza, 19 years old, is one of those selected to serve on the Cuba baseball team that will participate in the 22nd Central American and Caribbean Games, Veracruz-2014.
"I knew by Internet, that I was elected for the Cuban team to attend the Mexican event. It really is a dream come true to represent Cuba in an official major international championship, something I craved, but not because I thought it would not be," said the fast pitcher.

Mendoza, played in the second division team Yomiuri Giants, where also played his countryman, Frederich Cepeda, but with the first team.

Chile is keen to co-host the 2030 World Cup. Both Uruguay and Argentina have already expressed their interest in a joint bid for football's showpiece event in 2030.

"Our first choice is (to host with) Argentina. In any case, we think it's a positive thing, given that Chile is also interested, that there's a possibility we can do it between the 3 countries or between the two countries most in tune," the daily quoted Valdez as saying.

Valdez said the president of Chile's National Association of Professional Football (ANFP), Sergio Jadue, "told me of Chile's intention to really participate in this project".
Uruguay organized the first FIFA World Cup in 1930, Chile hosted the games in 1962 and Argentina in 1978.