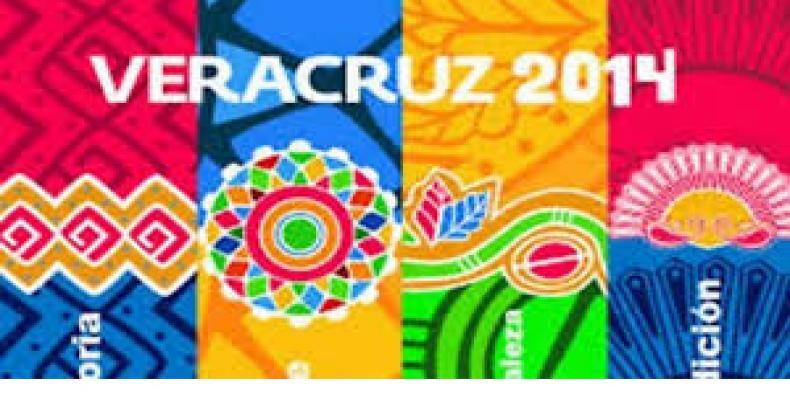 Cuba to Cut away Distance in Veracruz-2014 Medals

Supported mainly in judo, Cuban representatives will try to cut away distance with Mexicans, during Friday sports events of the 22nd Central American and Caribbean Games Veracruz-2014.

Cuban Yudelmis Domínguez won silver in the cycling race by points. This was her second silver in the games but had won gold in the team pursue events.

After ending third in the individual contest, Cuban gymnast Yesenia Ferrera won the finals of the vault event.

The Cuban volleyball team won bronze medal after beating Mexico in five sets in the finals of the womens volleyball tournament.

Eglys de la Cruz won the rifle three positions 50m giving Cuba the ninth gold medal in the shooting contest. She matched a record for the games in the qualifying phase with 582 points and reached 452,5 points in the direct eliminations leaving the silver medal to Venezuelan Liliana Méndez (447.7) and bronze to Cuban Dianelys Pérez (435.7).

Right hander Freddy Asiel Álvarez will open Friday playing Nicaragua in a game for the gold, when Cuba will try to win the baseball tournament of the 22nd Central American and the Caribbean Games. The decision was taken by coach Víctor Mesa soon after his team defeated Dominican Republic by a score of 6-3 in the semifinals at Veracruz's Beto Ávila Stadium on Thursday.

The FIFA Ethics Committee decided 2018 and 2022 World Cups will still be played in Russia and Qatar, respectively, despite ethics breaches.

After a year of investigation, the FIFA Ethics Committee, represented by judge Hans-Joachim Eckert released Thursday a 42 page summary of the investigation results, in which he reported numerous irregularities but not enough to re-open the bidding process for the 2018 and 2022 World Cups.

Eckert said “In particular, the effects of these affairs on the biding process as a whole were far from reaching any threshold that would require returning to the bidding process, let alone reopening it."

The former U.S. attorney, Michael J. Garcia, who was the head of the investigatory chamber and presented a 430 page report on the bidding process irregularities, said he will appeal the committee’s decision.

“Today’s decision by the chairman of the adjudicatory chamber contains numerous materially incomplete and erroneous representations of the facts and conclusions detailed in the investigatory chamber’s report,” said García.

But Eckert concluded that there was no direct link between the tournament’s bid and the illicit payments by Hammam, who has been banned for life from FIFA, accused of paying bribes.

Meanwhile the Qatari Football Association released a statement saying “We cooperated fully with the ethics committee’s investigation and continue to believe that a fair and appropriate review will demonstrate the integrity and quality of our bid.”

Regarding Russia, Eckert’s report said that no evidence of misconduct was found, therefore they had been cleared of any charge. However, the report said that the computers used by the Russians to bid were destroyed, making e-mail inaccessible for the investigators.

The report ended that “FIFA looks forward to continuing the preparations for Russia 2018 and Qatar 2022 which are already well underway."

Magnus Carlsen's pawn king opened and entered with a Spanish opening, while Anand's choice was the Berlin Defense.

On his 20th move, Carlsen forced the draw by repetition of moves, to the disappointment of chess fans.

The European GM is leading the match 5 points to 4, and if he does not lose any of the three remaining matches, the 23 year-old Norwegian player will hold the world title won last year in Chennai, India.

On Friday, Anand will be able to tie the event, when opening with white pieces, in the tenth game.

The brief comparison of the Thursday match contrasted with the seventh match, in which Carlsen and Anand staged a gripping psychological struggle for almost six and a half hours.

The match will be played up to the best player, in 12 games until November 25th and if they end in a draw, two days later the title would be decided by sudden death, with up to four quick games.