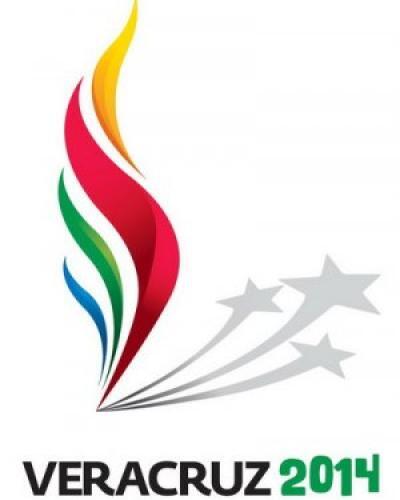 Cuba once again demonstrated its regional power in baseball, and now shows 15th golden metals, in exchange of a silver and a bronze, for a total of 17 medals in the history of these regional fairs; Nicaragua, meanwhile, portrays with 4 silver and 3 bronze medals.

The US Corban University Baseball Team recently announced that it will be traveling to Cuba for a Missions Trip from June 1st-June 8th following its 2015 campaign. The Missions Trip is set to take place in the province of Guantanamo, and the team will be doing testimonies and sharing the gospel in local churches in the evenings while facing local city baseball teams during the day.

"The uniqueness of this invite and opportunity is a gift from God... May we embrace totally His command – 'Follow Me, and I will make you fishers of men'."

The Warriors, as the visiting team is known, will take 14 players as well as 2 coaches, Faculty Athletic Representative, Bryce Bernard, and Sports Information Director, Danny Day. The trip is being coordinated through Mike Silva International in conjunction with Cuban native Pastor Glen Wilson, from the Reformation Worship Center, in Howell, NJ.

"It is great to see that Corban is capitalizing on a once in a lifetime strategic opportunity to proclaim Jesus Christ in Cuba with us," stated Mike Silva.

Corban is the first-ever collegiate baseball team to travel to Cuba on a Missions Trip with the intent on sharing the gospel and playing baseball as well.

"I have been impressed and inspired by the reaction of such invitation by many of our student-athletes on their interest in going and willingness to serve," said McKay. "For us, to have the opportunity to spread the Gospel of Jesus Christ using baseball in a country like Cuba where baseball is its national sport, is a very humbling task. It appears we are ground-breaking in our trip as the first or one of very few to be invited to Cuba on a Missions Trip, combined with the chance to play baseball against the native Cubans in their home country."

The Warriors are coming off of their best year in program history in 2014 in which they finished tied for 3rd place in the NAIA West standings and also 3rd in the Conference Tournament. Corban returns 5 of its top 6 pitchers and 9 top hitters from a year ago.

Cuba got his 10th title in women's basketball in the Cent-Am and Caribbean Games Veracruz 2014, overcoming Puerto Rico 81-67.

Puerto Rico attended as defending champion by having won the last edition in Mayagüez 2010, when Cuba did not attend to revalidate the title they won in Cartagena de Indias 2006.

Cuba quickly took a 10-point advantage; however, a poor technical adjustment by Cuban coach William Zuniga allowed Puerto Rico to reduce the gap to only 5 points at the end of the first quarter by 25-20.

Cuba, with its fast game, reached an 8-point lead and closed the first half of the match with a 39-31 lead, guided by Yamara Amargo with 11 points.

For the 2nd half, Cuba stepped up its game with more offensive plays, but also they care of defense to finally scored 22 points and Puerto Ricans only 16, to set the score 61-47.

For the last period, Puerto Rico's coach, Gerald ‘Jerry’ Batista, changed the game plan and Puerto Ricans tightened the score, but not enough to overcome the Cuban quintet, who got the final win by 81-67; thus, Cuba won its 10th gold medal in the women's basketball games while Puerto Rico got the silver and Mexico took the bronze.

Cuban Boxer Erislandy Savón presented at CACG Veracruz 2014 with a knockout victory at heavy weight during the 2nd day of activities of the discipline that took place at WTC Boca del Río.

Erislandy, nephew of legendary champion Félix Savón, with a right hit at the jaw, send Costa Rican Antony Solano to the mat at 2nd round to start with his right foot the road to the triumph and the title of 91 kg. division.

As well as in heavy weight, Colombian Alfonso Flores imposed by unanimous decision over Haitian Andre Demosthene, as well as the other Colombian, Julio Deivis, passed over Dominican Joaquín Berroa.

Through fast line, Charles Seanasi, from Trinidad and Tobago, defeated Nicaraguan Rigbi Hasan Miguel on welterweight, while Costa Rican Eduardo Sanchez, sent Haitian Walme Widens to the mat, to get out of the ring with the victory.