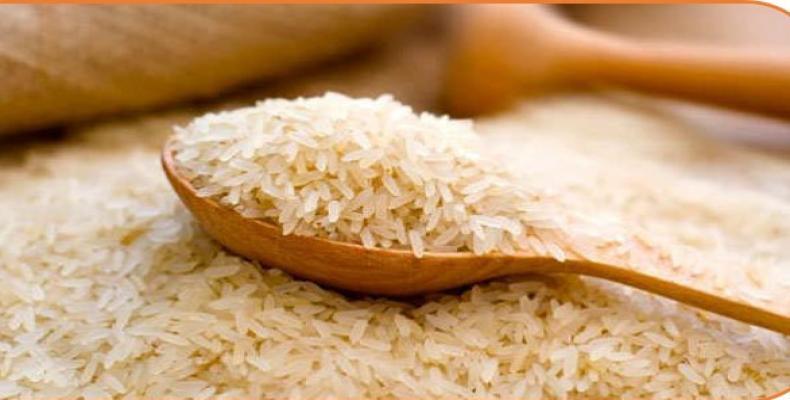 Representatives of Cuba and Japan recently asserted in Havana that the existing cooperation projects in the agricultural sector contribute to boost the development of rice growing in the central Cuban provinces.

Toyozo Tanaka, leading expert of the project for the expansion and spreading of technologies for the production of certified seeds (Ditesa) of the Japanese International Cooperation Agency (JICA), explained that tasks performed made it possible for the seeds to meet all quality standards established.

The priority was to train farmers involved in the activity in Cienfuegos, Villa Clara, Sancti Spiritus, Ciego de Avila and Camaguey provinces, where nearly 50% of rice production on the island takes place, he pointed out in statements to the local ACN news agency.

Telce Gonzalez, director general of the Cuba's Grain Research Institute, assured that work relationship with JICA also facilitated the transfer of technologies and deliveries of equipment and resources for farming.

He specified that the discipline and seriousness of Japanese experts are factors that have also influenced the impact of the results of work in the country's rice production.
Bilateral cooperation began in 2003 with a development study in the aforementioned central provinces.

A report by the company, which is considered one of the major French wine producers, reiterated its intention to have an impact on the Cuban market following a recent meeting with directives and experts in the catering Cuban sector, according to Prensa Latina news agency.

The meeting included a wine presentation and tasting session at Havana's Hotel Nacional in which Giannandrea Talao, on behalf of the Euro-Cuba group, said the French company has a large offer of products.

Euro-Cuba is a firm set up in 2013 to promote European businesses in Cuba, not only wines but also other lines of products as well.

Lebanese business people have traveled to Cuba very optimistic of expanding trade horizons during official meetings and will take part in an economic forum at the Havana International Fair.

The delegation, comprised of members of the Lebanese-Cuban Business Council (LCBC), was bid farewell in Beirut by the Caribbean nation's ambassador here, Rene Ceballo, who wished them fruitful contacts with their peers.

The visiting delegation included LCBC president Ali Kazma and Bruno Zahr, adviser of Lebanese Economy Minister Alain Hakim, who delivered invitation letters from Hakim to Cuban Council of Minister and vice-president Ricardo Cabrisas, and Minister of Foreign Trade and Foreign Investment, Rodrigo Malmierca, to participate at an economic forum to be held in Lebanon on September 29th.

During the stay here, from June 3rd to 7th, Zahr also arranged with directors of the Chamber of Commerce of Cuba (CCC) the signing of an agreement and a bilateral memorandum of understanding to promote exchange.

Kazma and many of LCBC members were welcomed some days ago by Lebanese Prime Minister Tammam Salam, who "is very happy with this trip and the prospects that are opened, and support us to carry out the economic forum in September.
The Lebanese business people met with Orlando Hernandez Guillen, president of the CCC, an entity that along with the Center for the Promotion of Foreign Trade and Foreign Investment in Cuba (Cepec) arranged contacts and meetings.

The Workshop of the Regional Alliance for Soils for Central America, Mexico and the Caribbean, to promote sustainable regional management of that resource took place in this capital.

This workshop, running prior to the Soils Congress 2015, is an initiative by the Food and Agriculture Organization (FAO), aimed at analyzing the implementation plan of actions in the area between 2015 and 2019.

Cuba hosted the International Congress on Soils from June 3rd-5th, convened by the Institute of Soils and the Cuban Society of Soils Sciences, in the framework to declare 2015 as the "International Year of Soils" by the United Nations.

During the event at the Havana's Conference Center, a series of keynote speeches were given by distinguished scientists and 4 symposiums on the results of international projects in the Caribbean country.

Among the main issues discussed during the forum were the genesis and classification of soils, Geomatics and Science, their impact on climate change, fertility and nutrition of plants, manage of nutrients, and analysis of soil and plants.

Parallel to the event, there was an exhibition in which a group of scientific institutions, companies and specialized firms of the country presented and commercialized equipment, technology and services related to the congress.

Tourism executives in eastern Guantanamo province presented more than a dozen proposals to be included in Cuba's tourist development program, during a meeting with officials from the Ministry of Tourism (MINTUR).

Cultural and natural options aimed at turning the province into one of Cuba's main tourist resorts were analyzed and enriched during the debate.

Luis Miguel Rubino, head of tourist product at MINTUR, stated that Guantanamo's rich intangible heritage is the most authentic product that the province can offer to visitors.

The Stone Zoo, located in this mountainous eastern region, is currently one of the most popular tourist options in Cuba, MINTUR Delegate Onelkis Ferrer said, who recalled the province holds the largest number of World Heritage Sites in Cuba.

Mr. Rubino stressed the country's need to explore all possible options, taking into account the possibilities opened to this sector after the US negotiations with Cuba.

Guantanamo was a city marked by constant migrations, which was strengthened in the early 19th century due to the activity of French, Spanish and Afro-Caribbean citizens, and countless immigrants whose influence has remained over time.