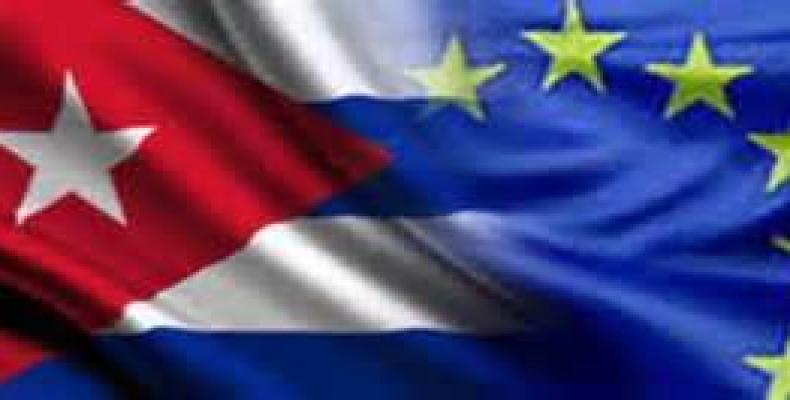 Cuba and the European Union have made strides regarding commerce and cooperation in the 4th round of conversations that concluded on Tuesday in Brussels. Indeed, some common positions were found in subjects like political dialogue, according to the Cuban foreign ministry.

In the talks, which began on Monday in order to reach an Agreement on Cooperation and Political Dialogue, “the substantive negotiations regarding the agreement on commerce concluded, and significant results were reached in the cooperation field, whose negotiations are in an advanced stage,” highlighted a press release on the website www.cubaminrex.cu.

“A very useful exchange was carried out in the subject Political Dialogue, which allowed both sides to express their stance”, it added.

According to Cuban foreign ministry, “the meetings were held in a constructive and professional environment” and “both sides agreed to meet again in September, in Havana, with the purpose of holding the 5th round of negotiations.”

The delegations were headed by Christian Leffler, executive director for the Americas at the European Service for Foreign Action and Cuban Deputy Foreign Minister Abelardo Moreno Fernandez.

In a bid to reach out to a promising market, Sprint and T-Mobile, two major US wireless carriers, have announced new initiatives to allow US customers to connect with relatives and friends in Cuba.

An article on the website www.bidnessetc.com explains that customers of Sprint Corp can add the new Sprint Cuba 20 plus service to their local rate plan and use 20 voice call minutes to any phone-line on the island for 10 dollars a month. If customers use up the total 20 min. they will be charged 70 cents a minute for every additional minute.

But, in a Twitter message, John Legere, CEO of T-Mobile US Inc announced that his company's prepaid brand MetroPCS will launch a plan for customers in the U.S. to enjoy 20 minutes of voice to call persons in Cuba; a similar plan to that of Sprint, which charges 10 dollars a month, too.

Sprint's subsidiary Boost Mobile also released a plan in April, called the Cuba Monthly Connect plan at a cost of 50 dollars a month for unlimited text messaging and 15 minutes of talk to Cuba.

After the historic announcement by Havana and Washington to reestablish diplomatic relations and work towards the normalization of links, there have been several initiatives by American companies in the areas of telecommunications, transportation and business to take a first step and with it be ahead in taking advantage of the Cuban market.

Germany's Condor Airline Company will increase flights to Cuba as of next winter, which will keep that country among the major tourist sources to the island.

In 2014, Germany stood the 2nd major source of visitors to Cuba after Canada, with over 136 thousand tourists and 20% growth, according to Cuba's National Statistics Office.

Condor airlines will now include a new weekly flight between Munich and Holguin, in eastern Cuba while covering 4 flights between Frankfurt and Havana and a new one connecting Munich and Varadero, in western Cuba.

Over 65 thousand German tourists have visited Cuba so far this year, and the figure is expected to reach 150 thousand by the end of the year.

Cuba and European companies recently signed 5 working agreements aimed at supporting investment in water supply and treatment in the Caribbean nation, according to the Cuban Water Institute.

The accords are related to technology transfer more than financing, said the director of international relations and foreign trade at the Water Resources Institute, Vladimir Cabrales.

The agenda aims at the repair of pumping equipment, detection of leaks in water pipes and the processing of wastes, Cabrales added.

AZCUBA Sugar Group, its organizations and institutions, recently assessed on the results of the 2014-2015 harvest, when production grew compared to the previous year.

The deliberations were held at the Sugar National Training Center, in the Cuban capital, founded in 1978 as the first school of its kind in the nation and responsible for the activity of managerial and technical training.

Liobel Perez Hernandez, a specialist in institutional communication of that group, said that the effects of the campaign that ended in late May were also discussed and added that the plan reached 96% of the total, despite which the largest volume of production of the past 11 years in the 50 plants that operated during the harvest in most of the provinces was achieved.

Raul Varela, director of CENCA, said the Cuban sugar industry will increasingly need qualified personnel in the near future, so AZCUBA and the Ministry of Education design new professional profiles to meet its needs.

In turn, Emilio Hernandez, director of Technical and Vocational Education at the Ministry of Education, noted that the sugar industry in Cuba thinks to introduce another change, which would be to use sugarcane biomass to generate electricity.

French Accor Hotel Chain will assume in November the management of a new hotel on Cayo Coco Key, off the north-central Cuban coast.

The Pullman Cayo Coco Hotel, owned by Cuba's Gran Caribe Group, will offer 518 rooms under the all-inclusive modality and is located just 10 minutes from the Jardines del Rey international airport on the Cuban keys.

Accor Hotels Company, with 20 years of experience in Cuba, is currently running another 2 hotels, 1 in Havana and another in the Varadero tourist center, in western Matanzas province.