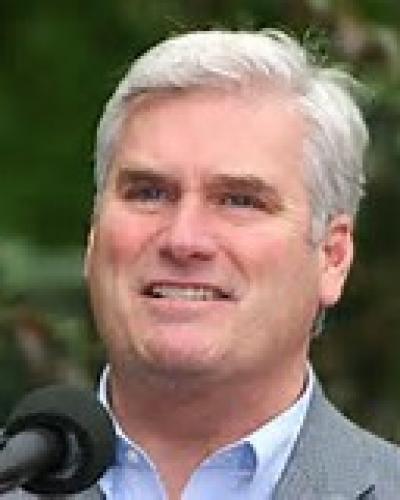 A Republican U.S. congressman filed a bill on Tuesday to eliminate the decades-long U.S. blockade on Cuba.

U.S. Rep. Tom Emmer, who won a seat in the House of Representatives in 2014, filed the Cuba Trade Act of 2015, which would remove restrictions on American businesses from trading with Cuba and allow Americans to travel to the island.

According to a USA Today report, Emmer decided to pursue a full repeal of the U.S. blockade after he visited Cuba in June, when he met with Cuban government officials and other citizens who live on the island.

"I understand there's a lot of pain on both sides of this issue that goes back many decades, something that a kid from Minnesota is not going to necessarily be able to understand," Emmer told a USA Today reporter. "But I believe this is in the best interests of the Cuban people." The U.S. blockade on Cuba has been in effect for 55 years.

Yet another Cruise Line Announces Plans for Cuba Sailings

Pearl Seas Cruises is already in the list of companies touting voyages to Cuba. The small-ship line announced this week plans for seven-to 10-night sailings to the island nation out of Florida in spring 2016.

The trips will take place on the Pearl Mist line's 210-passenger and include stops in such Cuban ports as Havana, Cienfuegos and Santiago de Cuba covering both the southern and northern coasts of Cuba.

Pearl Seas says the sailings will be structured as "people-to-people" exchanges that are allowed under the USA's five-decade-old blockade on Cuba. General leisure travel from the USA to Cuba including traditional cruises still is banned; however, Pearl Seas says the voyages still must be approved by the Office of Foreign Assets Control of the U.S. Treasury and the U.S. Department of Commerce as well as the Cuban government.

The announcement comes just 2 weeks after Globus tour giant and small-ship line Haimark announced plans to market people-to-people Cuba cruises starting in January and February, respectively. Globus is selling cruise tours out of Miami that include a week on a 960-passenger, Cuba-based ship operated by Celestyal Cruises. Haimark is selling sailings out of Miami on its Saint Laurent 210-passenger.

Under U.S. government rules, people-to-people trips to Cuba must focus on educational exchanges between U.S. travelers and Cubans, and they typically feature a full-time schedule of interactions with Cuban musicians, artists, business owners and other locals. They aren't tourist-oriented, and breaking away from the group for self-directed exploring or skipping an activity isn't allowed.

His new company Leni Gas Cuba (LGC) has joined the Cuba Initiative, which seeks to improve and strengthen trade links and investment between the UK and Cuba; Leni Gas has also joined the Caribbean Council.

LGC recently doubled its shareholding in Cuba-focused oil and gas player Petro Australis, which has rights in a production sharing contract covering an onshore block in north-west Cuba.

Monaco-based Lenigas said: “Both the Caribbean Council and the Cuba Initiative have a special long-standing relationship with Cuba and the Caribbean at the highest levels of Government and business, and will prove invaluable as LGC seeks to implement its business strategy in country.”

Earlier this month, he stepped down from the board of UK Oil and Gas Investments (Ukog) stating that the company needed sector-experienced executive leadership to take it forward. Ukog hit the headlines when it claimed it had found an oil field of national significance a few miles from Gatwick Airport dubbed the Gatwick Gusher. The company’s claims for the Surrey opportunity were subsequently described by analysts as wildly optimistic while an independent report later valued the find to have reserves totaling 9.2 billion barrels of oil.

A thaw in relations between the West --particularly the United States-- and Cuba has led to the opening up of new opportunities in Cuba, a country that has suffered more than 50 years the US blockade as it still remains.

The meeting, set for Havana from Oct. 18-21, comes amid loosening tensions and expanding diplomatic relations between the United States and Cuba.

"The symposium is both historic and unique, the first-ever bringing together of high-level experts and leaders from the U.S. to join in discussion with parallel experts and leaders in Cuba and other Gulf and Caribbean nations," reads the mission statement of the Safe Seas -- Clean Seas conference.

It is organized by two former high-ranking executives of the International Association of Drilling Contractors --Lee Hunt and Brian Petty, respectively former president and executive vice president of global government affairs for the trade group.

Hunt and Petty said the purpose of the conference is to work on establishing uniform environmental and safety policies for offshore drilling throughout the Gulf of Mexico and the Caribbean Sea.

As things stand between the United States and Cuba, this is not possible now. The opening up of a U.S. embassy in Havana and a Cuban embassy in Washington, D.C., last week further signaled strengthening ties between the neighboring countries but the more-than-50-year-old U.S.-imposed trade blockade against Cuba remains.

Because of the blockade, most American companies skilled in oil cleanup would be prohibited from providing immediate assistance if an oil spill occurs during a Cuban offshore drilling operation.

There are special U.S. government licenses available to American companies allowing them to do business with an oil rig drilling in Cuban waters, but not nearly enough to effectively deal with a disaster.

Based on the amount of equipment, vessels and services required to contain the 2010 DeepWater Horizon spill, Lee estimates less than 5% of these U.S. resources would be legally available to respond in Cuban seas.

The blockade also impacts on the types of rigs and ships that can take part in an offshore Cuban operation. To comply with the blockade, a rig or vessel must have fewer than 10% of its parts made in the United States. If the ship is not compliant with the blockade, companies using it could face U.S. sanctions.

This was an issue in 2012 and 2013, when several international companies used an Italian-owned, Chinese-built semi-submersible rig to look for oil in the Florida Straits between Cuba and Key West.

The rig, the Scarabeo 9, met the specifications of the blockade but there was concern among American officials, environmentalists and oil industry people that the blockade would hinder cleanup efforts in the event of a spill.

The operations largely came up empty, but the Cuban government thinks there are large supplies of oil and gas below the ocean floor in the deep waters of the Straits and Gulf of Mexico.

With that in mind, Hunt and Petty said it is necessary to "discuss the strategic and policy developments that would enable Cuba, and foreign upstream operators in Cuba, to trade with U.S. companies in certain areas of equipment and services, in particular those U.S. oilfield products and technologies that serve a dual purpose of not only enabling safe drilling practices, but also effective, successful emergency responses to oil spills to assure clean seas."

More companies are looking to drill in the same area, according to industry sources; for instance, media in Angola recently reported that country's state-owned Sonangol oil company will be ready to drill in the Gulf between 2016 and 2017.

Ricardo Cabrisas Ruiz, Cuba's vice president of the Council of Ministers, stressed; however, that such operations will be difficult without the U.S. lifting the blockade.

But some industry watchers have their doubts that, even with the lifting of the blockade, Sonangol is ready to embark on such a large operation off Cuba.

"I think this is a very long shot," said Jorge Pinon, director of the Latin-American and Caribbean Energy Program at the University of Texas, Austin. "Sonangol recently announced a cutback of over $1 billion in their budget due to low oil prices. I believe it when I see it."

Members of the Luxembourg Chamber of Commerce are to visit Cuba as part of an exploratory mission hosted by an international chamber based in Brussels.

The mission comes after Cuba re-established diplomatic ties with the US and the normalization of the relationship with the US has also led to a rejuvenation of ties with the European Union, for instance, in May, François Hollande was the 1st French president to visit Cuba in over a century.

The diplomatic rapprochement is also expected to manifest itself economically.

Trade between Luxembourg and Cuba has been limited over the past 20 years. The economic mission hosted by CBL-ACP will then serve to explore opportunities now opening up.

Jeannot Erpelding, director of international affairs at the Luxembourg Chamber of Commerce, explained that he expects European influence on the island to remain comparatively small, due to Cuba's geographical proximity to the US.

While it is not expected that any major deals will be struck during the August mission, the trip will serve to be on the ball from the start, Erpelding added, following the motto “the early bird catches the worm.”

So far, however, there has been only limited interest in doing business with Cuba from Luxembourg companies or business sectors, Erpelding said.

Nevertheless, the Grand Duchy's financial sector meanwhile is not preparing to explore Cuba, a spokesperson of Luxembourg For Finance told the “Luxemburger Wort”.

The reservoirs in eastern Guantanamo province are exhausted due to severe drought in the region, according to specialists with the Cuban Water Resources Institute.

In all, the dams did not accumulate more than 40% of their water capacity and this led to regulate distribution and to set up a water-supply schedule for clients, the authorities announced.

For instance, the reservoir that supplies water to the large part of Guantanamo city is now at only 17% of its capacity, while another major dam is little over 34%, meaning it offers coverage for 154 days.

Worse situation is observed in the dam that supplies water to a major agricultural area in the province, which only guarantees water for 10 days.

Amidst the difficult situation, local authorities take measures and implement investment to revert or at least caution the impact of drought thus avoiding worse consequences for the population.