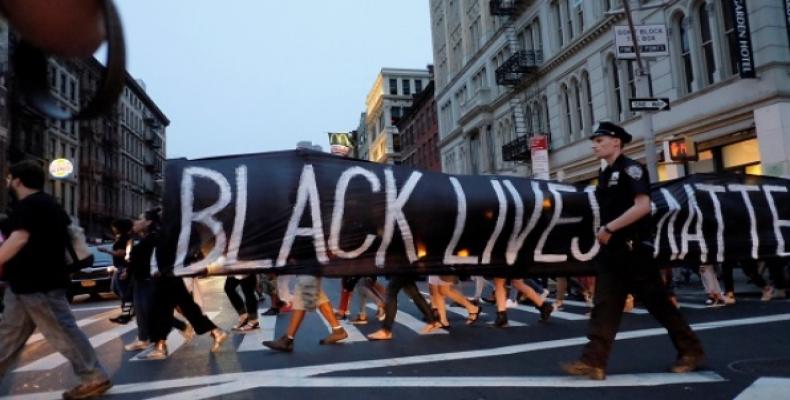 Sydney, July 18 (RHC)-- Hundreds of Australians have joined the Black Lives Matter movement, holding rallies in major cities to protest against the killing of two African Americans by police in the United States.

Nearly 1,000 protesters held a demonstration in Melbourne on Sunday afternoon and blocked traffic to express solidarity with similar recent rallies across the U.S. and Britain.  The demonstrators expressed their support for African Americans, who suffer from discrimination and racism in the United States.

The protesters, among whom were high-profile sport stars, marched down Swanston Street before staging a sit-in at Flinders Street Station.  They were chanting the campaign slogan "Black Lives Matter," and "Hands Up, Don't Shoot," while expressing hatred against the U.S. police's brutality and racism.

On Saturday, supporters of the campaign held a similar demonstration in Sydney.  Protesters gathered in front of the city hall before marching toward the U.S. Consulate in Australia to condemn police brutality and racism in the United States.

At both rallies, a large number of Australia's Aboriginal people also denounced the discrimination and racism in their own country.

The use of excessive force by law enforcement officers in the United States has become the focus of national debates in the country, particularly over high-profile killings of African Americans by mainly white officers during the past several years.

A Washington Post/ABC News poll released over the weekend showed that a great majority of Americans, about 63 percent, see race relations in the U.S. as "generally bad" and believe the next U.S. president should place a "major" focus on improving the situation.