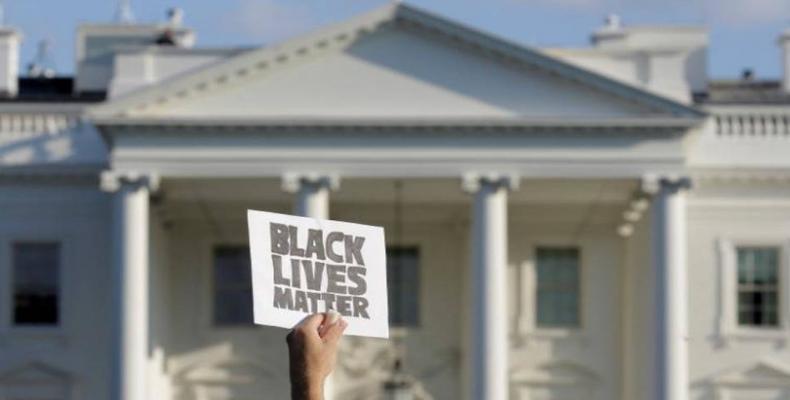 Washington, November 17 (RHC)-- One week after citizens in the U.S. voted in their new president, Donald J. Trump, the Black Lives Matter Global Network issued an official statement, weighing in on the tumultuous events of the past week and strengthening their resolve to continue organizing.

“What is true today -- and has been true since the seizure of this land -- is that when Black people and women build power, white people become resentful.  Last week, that resentment manifested itself in the election of a white supremacist to the highest office in American government."  The Black Lives Matter statement says: “White supremacy fortified the decision to disregard racism and sexism as serious variables in the outcome of this election.”

The movement's statement affirmed: “Donald Trump has promised more death, disenfranchisement and deportations. We believe him.  The violence he will inflict in office, and the permission he gives for others to commit violence, is just beginning to emerge.

"But we ask ourselves — how do we reconcile our vision for future generations’ prosperity with the knowledge that more than half of white voting Americans believe a white supremacist can and should decide what’s best for this country?  We organize.”

To Black Lives Matter, electoral politics are not the end-all, be-all, and the election of Donald Trump will only embolden them to continue in their resistance.

“Because it is our duty to win, we will continue to fight.  And today, like every day before it, we demand reparations, economic justice, a commitment to Black futures and an end to the war on Black people, in the United States and around the world.   The work will be harder, but the work is the same.”