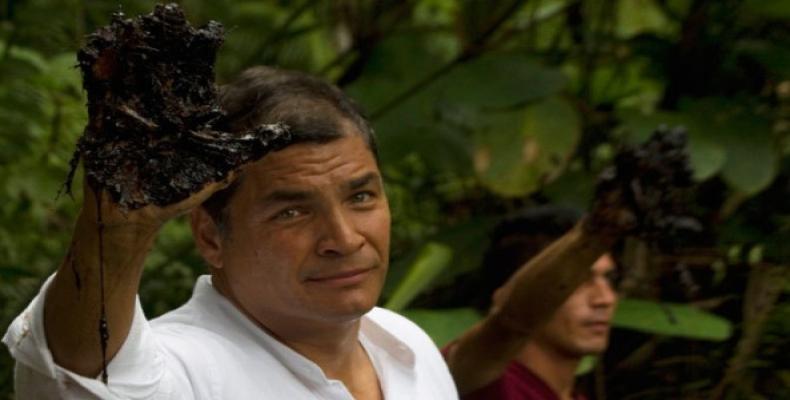 Quito, July 19 (RHC)-- Ecuador's government has rejected a U.S. Supreme Court ruling ordering the country to pay oil-giant Chevron a $96 million judgment for breach of contract.  At issue is a 1973 pact in which Chevron agreed to develop Ecuador's oil fields in the Amazonian rain forest, in exchange for supplying the country's consumers with refined oil at below-market rates.

Ecuador, however, accused Chevron of knowingly causing irreparable environmental harm to the country with thousands of oil spills, and terminated their contract in 1992.

Chevron sued Ecuador for breach-of-contract, arguing that the government had intentionally underestimated its domestic oil consumption, thereby reducing Chevron's corporate profits.  The U.S. Supreme Court last month affirmed a lower court ruling that agreed with Chevron, but based its decision on a bilateral investment treaty signed in 1997, five years after the oil company left the country.

In a statement released by a spokesman for Ecuador's President Rafael Correa, the government described the retroactive application of law as “misguided and contrary to international law,” and the government will protect the country’s interest against corporate claims.

Since coming to office in 2007, Rafael Correa, a trained economist, has campaigned aggressively against the environmental damage caused by nearly three decades of oil drilling, first by Texaco, then by Chevron, which purchased it.  He has also accused the corporation of spending millions to lobby U.S. lawmakers to win a favorable judgment in the case.

Also last month, the U.S. Supreme Court rejected Chevron's argument that Ecuadorian villagers who won a $11 billion class action suit against the company were effectively a criminal racket in seeking damages for the massive environmental damage to the rain forest.