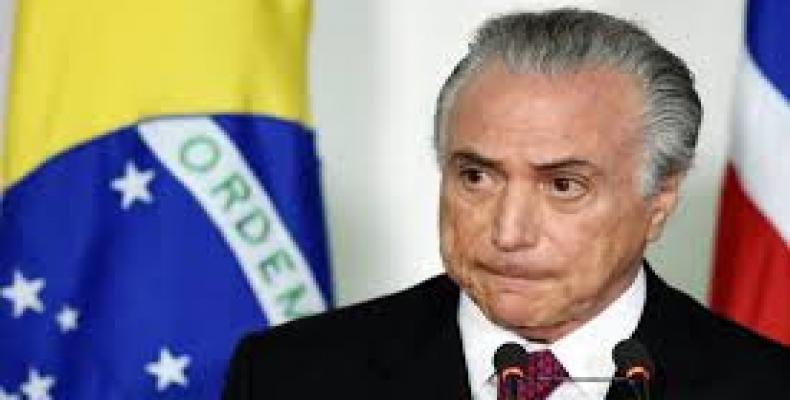 Brasilia, August 30 (RHC)-- Brazilian coup president, Michel Temer, has axed a popular national educational program that has successfully taught people how to read and write.  The Literate Brazil Program was launched in 2003 under former President Luiz Inacio Lula da Silva and was continued during the administration of President Dilma Rousseff.

The Ministry of Education confirmed that it had discontinued the literacy initiative to a citizen who requested an update on the program through the country’s Access to Information Act, according to the newspaper Folha de Sao Paulo.

Brazil is historically one of the world's most economically and social unequal countries, and the program was one of several re-distributive efforts undertaken by Lula's administration in his two terms in office.

Since it began in 2003, the literacy initiative has served an average of 1.3 million learners aged 15 and older, managing to reduce illiteracy rates from 11.6 percent to 8.3 percent in 2014. The UNESCO Institute for Statistics estimated the 2015 adult illiteracy rate at 8.2 percent, while less than two percent of youth are illiterate.

According to UNESCO, the program has shown “real-life success stories” of how literacy skills can improve “future prospects” for Brazilian citizens.

Despite the improvements in the literacy rate, Brazil still ranks behind several countries in the region, including Argentina, Chile, Colombia, Cuba, Mexico, Paraguay, Uruguay, and Venezuela, among others.

There is also remains great regional disparity in Brazil’s overall literacy rate, which ranges from 2.7 percent in the Federal District and 3.2 percent in the state of Rio de Janeiro to 22 percent and 20.2 percent in the poor, service-economy states of Alagoas and Piaui, according to government data reported by Folha.

Immediately after his administration was installed in May, Michel Temer’s all-male, corruption-ridden cabinet of neo-liberal ministers moved swiftly to roll back social programs and implement an aggressive state austerity program that includes sweeping privatization efforts.  Lula's protegee, the twice-elected Rousseff is scheduled to testify Monday in her impeachment trial, with a final vote expected Tuesday.

Temer government’s has also cut other key programs and ministries, including the Ministry of Culture, which was absorbed into the purview of Minister of Culture, Mendonca Filho. The move represents the re-joining of the culture and education ministries for the first time since 1985, following the fall of the country's brutal military dictatorship.

Filho is being investigated for receiving millions of dollars in bribes and illegal donations to fund his successful 2014 reelection campaign to represent the state of Pernambuco in Congress. If convicted, Filho would likely be forced to step down from his post, which would make him the fourth member of Temer’s cabinet to resign following accusations of bribery or fraud.  Temer and his Foreign Minister Jose Serra are also embroiled in bribery scandals linked to fraud in the state oil company, Petrobras.

In just three months of the coup government, Temer’s administration has moved toward privatizing state oil reserves, making cuts to popular social programs including the housing initiative Minha Casa Minha Vida, and hinted at plans to chip away at the country’s longstanding and cornerstone universal health care program.