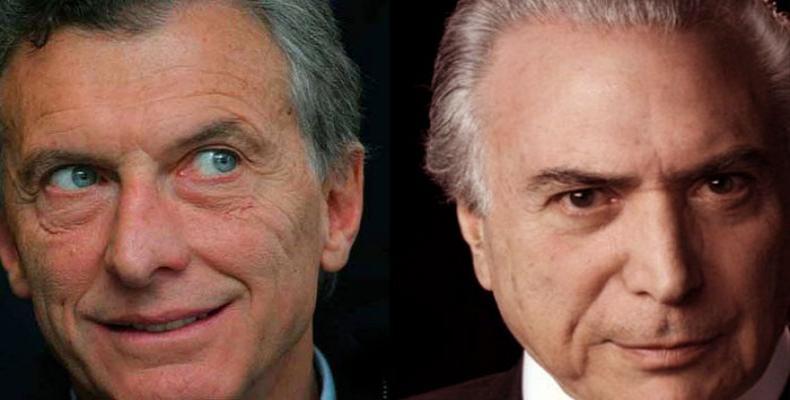 In a statement issued Wednesday, Macri’s government expressed its “respect for the verified institutional process” in Brazil that ousted Rousseff and his willingness to continue working with the Temer government, with which Macri already held a friendly relationship during his “interim” months in office.

Under Macri and Temer, Argentina and Brazil have pivoted in their foreign relations, scrapping the regional integration focus of their progressive predecessors in favor of strengthening ties with the United States and shunning neighboring governments.

The two countries, along with Paraguay, have also formed a bloc within the sub-regional South American economic alliance Mercosur in recent months to frustrate the passing of the pro-tempore presidency from Uruguay to Venezuela.

Chile similarly expressed “confidence in Brazil to resolve its own challenges through its democratic institutions.”

The Paraguayan coalition Frente Guasu, the political movement of former deposed President Fernando Lugo, who was ousted in a parliamentary coup in 2012 that paved the way for the entrenchment of neo-liberalism under a right-wing government, also condemned the process in Brazil by likening it to the right-wing maneuvering in Paraguay four years ago.