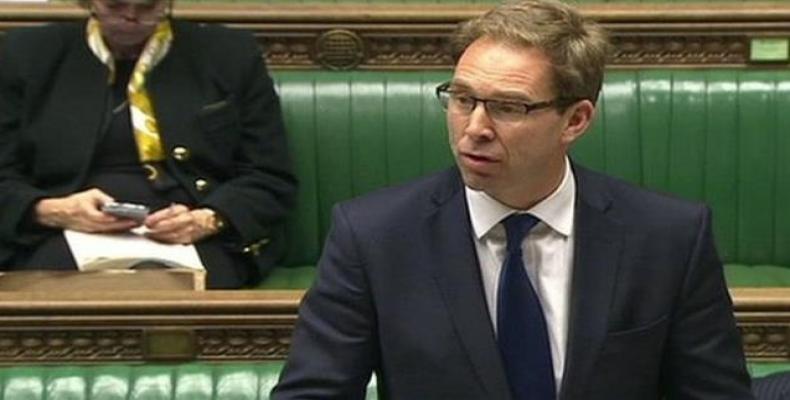 London, October 20 (RHC)-- The British minister for the Middle East says the early October attack by Saudi forces on a funeral in Yemen was a “deliberate error.”   More than 140 people were killed and over 525 wounded on October 8th, when a Saudi air raid hit a community hall in the south of the capital Sanaa, where a funeral for the father of Interior Minister Jalal al-Roweishan was being held.

Tobias Ellwood, the British minister for the Middle East, revealed Wednesday that the Saudi monarchy actually ordered the attack, which drew global condemnation.  "It was a deliberate error made by an individual who needs to be disciplined,” he said.

Saudi Arabia initially denied responsibility for the fatal attack but on Saturday it finally admitted that the attack was launched by one of its warplanes, which "wrongly targeted" the funeral gathering.

"It did take place and that's why this report, which is coming out with more details, will actually clarify what's going to happen," said the minister.  Ellwood also touched upon the controversial issue of British arms sales to the monarchy, calling the sales “legitimate.”