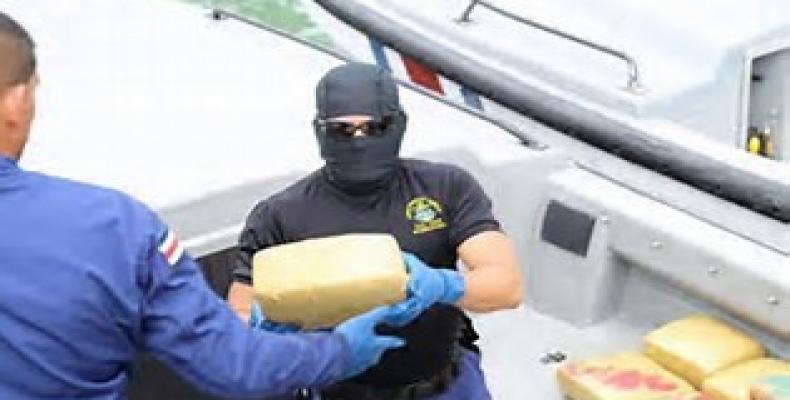 Tegucigalpa, October 28 (RHC)-- The U.S. Drug Enforcement Agency, the DEA, reportedly had a hand in massacring four Honduran civilians in 2012.  Laying bare once again the hypocrisy of the U.S. “war on drugs” in Central America and Washington’s cozy relationship with Honduras despite its dismal human rights record, President Juan Orlando Hernandez’s brother, targeted in a major U.S. drug trafficking investigation, traveled to Miami and back again to “dialogue” with authorities.

Juan Antonio “Tony” Hernandez, a member of his brother’s right-wing National Party and member of Congress, has been flagged as a “person of interest” in a narco-trafficking case spearheaded by the U.S. Drug Enforcement Agency in the Central American country.

In recent weeks, the U.S. Embassy in Tegucigalpa released a list of suspects in the investigation, including the kingpin of the Atlantic cartel, Wilter Blanco, and several other individuals — including military officials — linked to corruption and Blanco’s drug network, said to be the largest and most powerful in the country.

Tony Hernandez’s name has not been publicly released on those official lists.  But army Captain Santos Rodriguez Orellana, one of the suspects under scrutiny, told local media that DEA agents had pressed him for information at Hernandez’s alleged involvement. A U.S. Embassy official reportedly confirmed to InSight Crime that Hernandez is a “person of interest” in the case.

In response to the accusations, Hernandez traveled to Miami, Florida, with his lawyer to meet with U.S. officials before returning to Honduras the same day to continue with his “normal activities,” he said in a press conference late Tuesday.

While the details of the meeting have not been disclosed, what remains clear is the starkly disproportionate treatment of civilians caught in the crossfire of the drug war, including community activists, compared to a political and economic elite like Hernandez, who is able to travel freely for “dialogue” on the counter-narcotics operations implicating him in crimes. According to local media, Hernandez has also worked as a lawyer to defend accused drug traffickers.

In contrast, the DEA had a central role in a massacre of four innocent civilians in 2012 in the remote Miskitu Indigenous region of northeastern — the same region where the Atlantic cartel targeted in the current investigation allegedly operates. In the shocking incident, a DEA-led helicopter operation opened fire on a passenger canoe, killing four people, including a pregnant woman.  According to a report by Rights Action, Honduran authorities botched the investigation while U.S. cooperation was limited.

Washington has used the controversial war on drugs as justification to continue to prop up a repressive government in Honduras amid a proliferation of grave human rights abuses — including targeted assassination of social movement leaders — and reports of death squads operating in state security forces since the U.S.-backed 2009 coup. Human rights defenders have warned that the drug war — now widely condemned as a failure — is also being used as a pretext for expanding militarization in the region that doubles as a counter-insurgency strategy to repress community activists, political opposition, journalists and other dissidents.

And despite international outcry over the murder in March of prominent Indigenous leader Berta Caceres -- who prior to her death had personally singled out former Secretary of State Hillary Clinton for her role in fomenting a human rights crisis in Honduras through her support of the coup -- Washington appears bent on continuing to support the Honduran killing machine.

The U.S. State Department recently announced that Honduras has fulfilled the conditions to receive a new $55 million U$D batch of aid as part of the $750 million Alliance for Prosperity security plan for Central America’s Northern Triangle.  State Department spokesperson Mark Toner claimed on Oct. 14 that Honduras met the 12 conditions on aid and has “taken effective steps” and showed “political will” to address major problems of impunity, corruption and human rights violations.

Human rights defenders and social movements on the ground in Honduras would strongly disagree. Just days after Toner’s comments, two Honduran activists were assassinated in the northern Aguan region, home to a bloody land conflict that has claimed the lives of nearly 150 campesinos since 2010.  Jose Angel Flores, president of the Unified Campesino Movement of the Aguan, one of the most prominent land rights organizations on the forefront of the Honduran resistance movement, and his fellow activists Silmer Dionisio George were both gunned down on October 17th. Just over one week earlier, assailants attempted to kill Tomas Gomez Membreño, who took over as general coordinator of the COPINH Indigenous movement after Berta Caceres was murdered, and another Lenca activist, Alexander Garcia Sorto, on October 9th.

The barrage of politically-motivated threats, attacks and killings has not slowed, and systemic impunity, corruption and government repression feed the crisis.

That’s why the State Department’s decision to release aid to Honduras is set to face resistance in Congress from the bloc of lawmakers supporting the so-called Berta Caceres bill that calls for much stricter conditions on aid to the Central American country.  The bill, introduced by Representative Hank Johnson and co-sponsored by 42 other members of Congress, calls for a block on all aid to Honduras until the country investigates key human rights cases — such as Berta Caceres’ murder — prosecutes military and police officials guilty of abuses and withdraws the military from policing activities, among other measures.

But while many voices pressure for reforms to both the drug war and aid policies, Washington elites have different ideas.  U.S. presidential candidate Hillary Clinton, for example, has called for a new Plan Colombia for Central America, which suggests vastly expanded militarization, paired with counter-narcotics and counterinsurgency strategies.