Ecuador One Step Closer to Ending Politicians' Use of Tax Havens 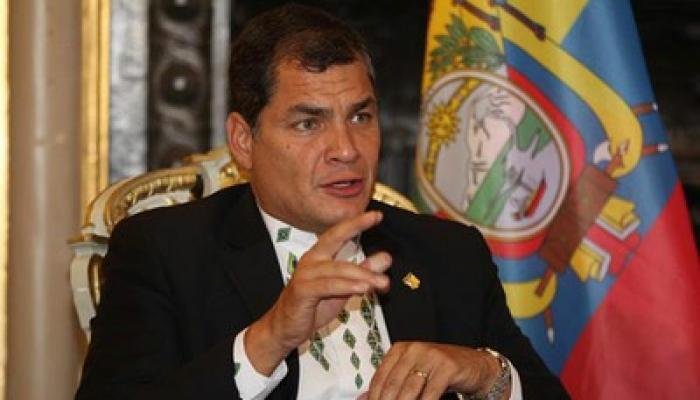 Quito, October 29 (RHC)-- Ecuadorean President Rafael Correa wants his country to consider a novel approach to limit the use of tax havens: preventing politicians from using them.

Accompanied by leaders from social movements and political allies, Ecuadorean President Rafael Correa made the case before the constitutional court for a plebiscite to give lawmakers a mandate from the Ecuadorean people that would make it so that anyone who stores their money in offshore tax havens is not eligible to hold public office.

The Ecuadorean Constitution grants the president the right to hold plebiscites on issues of public interest, but for the vote to proceed it must first be submitted to the constitutional court, which will consider the legality of the question.

Speaking before the court this week, the Ecudorean president blasted the existence of tax havens saying that they “facilitate the increased concentration of wealth and deepen social inequalities … they are faceless capital, without responsibility, without a country.”

Correa's proposal would ask the Ecuadorean people during the upcoming 2017 election if they agree that politicians and public servants should be ineligible to serve if they transfer their money to offshore tax havens. Should the “Yes” side win, the subsequent law would give all public servants and elected officials a year to repatriate their capital or be removed from office or their post.

Correa's critics have suggested it is an effort to marginalize his political opponents, such as Guillermo Lasso, a banker who holds assets in Panama, a notorious tax haven. Politicians like Lasso would not, however, be prevented from running for office but would be required to repatriate his capital if he were to occupy public office. Lasso has already announced his intention to seek the presidency in 2017 -- but he hasn't said whether or not he'd be willing to invest his money in his own country.

Rafael Correa himself is prevented from running again due to constitutional term limits that apply to politicians currently in office. The Ecuadorean president has been one of the most vocal opponents of tax havens and first spoke publicly about taking action after the Panama Papers scandal revealed the scale of the problem.

Speaking before the court about the Panama Papers, Correa said the leak “confirmed that the opacity which surrounds tax havens fuels corruption and undermines the ability of countries to collect taxes that are due to them.”

In an interview with teleSUR, Ecuadorean Foreign Minister Guillaume Long said that lost tax revenue would be enough to pay for the full reconstruction of the areas affected by the 7.8 magnitude earthquake which struck the country in April.

Correa, together with some notable economists and academics, signed a letter issued by Oxfam urging world leaders to eliminate tax havens and financial opacity protecting multinationals. However, due to the murky nature of tax havens and the challenge of addressing an issue that is international in nature, little progress has been made. Instead, the president's proposal is an effort to address the matter domestically.