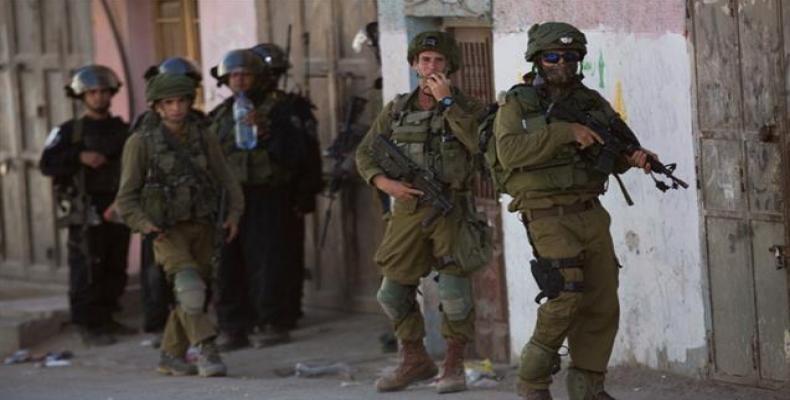 Ramallah, November 2 (RHC)-- The Israeli military has arrested 21 Palestinians, including a woman, during overnight raids across the occupied West Bank, injuring one of them before taking him into custody.

Israeli forces stormed Palestinian homes in the in the cities of Nablus, Hebron and Jerusalem  early on Wednesday, detaining several Palestinians.  Local sources said that Israeli troops shot and wounded a Palestinian youth with live ammunition before arresting him in Dahshia refugee camp, where at least four others were detained.

In recent months, Israeli forces have gunned down large numbers of Palestinians across the occupied territories over the accusation that they sought to carry out attacks against Israelis.

International rights groups have long been criticizing the regime for its policy of shoot-to-kill, which they say has led to scores of deaths.  Most of those killed by Israeli troops at the scene of attacks did not pose serious threats, according to the rights groups.

The occupied territories have witnessed a fresh bout of tensions ever since Israeli forces introduced restrictions on the entry of Palestinian worshipers into the al-Aqsa Mosque compound in East Jerusalem in August 2015.

Palestinians say Tel Aviv seeks to change the status quo of the site, which is Islam’s third holiest site after Masjid al-Haram in Mecca and Masjid al-Nabawi in Medina in Saudi Arabia.

More than 250 Palestinians have lost their lives at the hands of Israeli forces in the tensions since the beginning of last October.