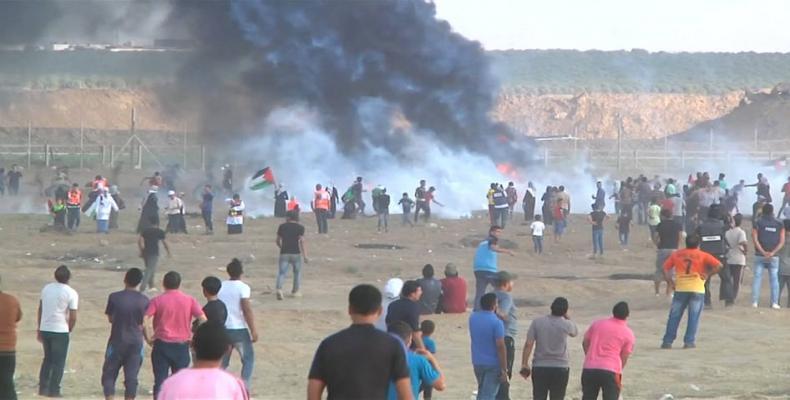 Meanwhile in Gaza, hundreds of Palestinians attended a funeral Wednesday for a 4-year-old boy who died after being hit by Israeli shrapnel.  Ahmed Abu Abed was injured while attending the Great March of Return protest along with his father, Yasser, who was shot during the demonstration.

More than 195 Palestinians have been killed by Israeli forces since the Great March of Return rallies began at the end of March this year.